Summer is just around the corner and it’s time for outdoor fun! No need to run to the store and shell out big bucks for outdoor equipment – these fun games can be played without any equipment. 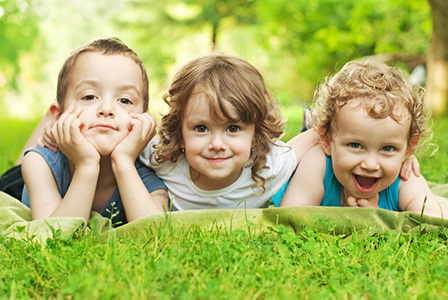 Get outside and soak up the sun with these fun outdoor games. Best of all, they’re all no-equipment needed. That means no cost to you, no prep work and no cleanup! Now go have fun!

You’re going to need at least four people to hold a wheelbarrow race, and if you have an odd number of people, someone is going to have to sit out (or be the line judge!). In each two-person team, someone is the driver and someone is the wheelbarrow. The driver holds the ankles of the person playing the wheelbarrow, while the “wheelbarrow” walks on their hands as fast as they can. The first team to cross the finish line wins!

Monsterrat Wadsworth, over at Chocolate on my Cranium, says she enjoys the squeals of laughter she hears when her kids play this game. 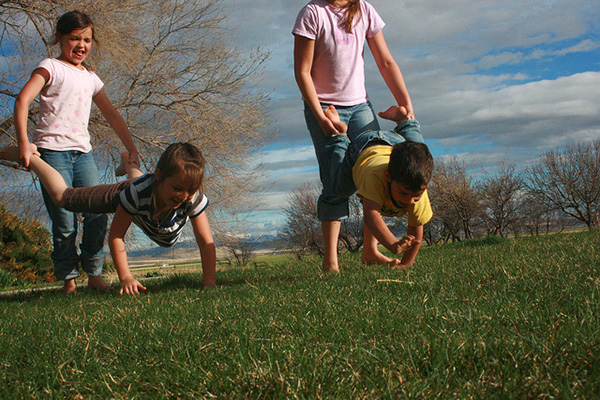 Shadow tag is a lot like the original tag we all know and love, with a little twist. Instead of having to get yourself away from the player deemed “it,” you have to make sure they can’t touch your shadow! When they do, you freeze in place. The last person to get shadow tagged is “it” in the next round. Head over to Sophie’s World for more tips and variations on the game. 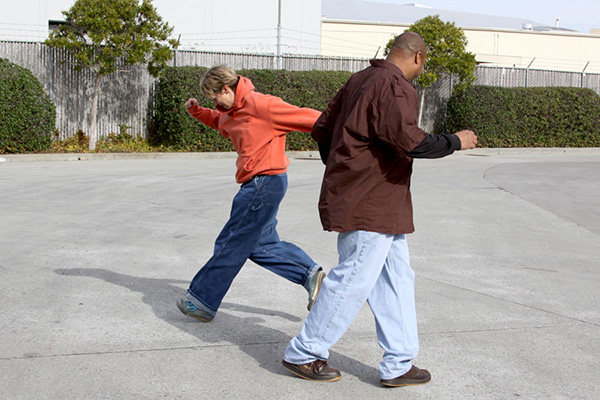 Duck, duck, goose is an oldie but a goodie. All of the players but one sit in a circle, facing inward. The player left standing is the fox. The fox walks around the circle, tapping every player on the head, saying “duck,” until they get to the player they choose to call “goose!” At that, the fox takes off running and the goose chases. Whoever gets around the circle and back to the goose’s spot first, sits. If the goose is left standing, they become the fox. If the fox is left standing, they try again.

Amy Sue, from My Happy Crazy Life, snapped a photo of her kids and their cousins playing this game during a camping trip. It’s a great way to spend an evening outside! 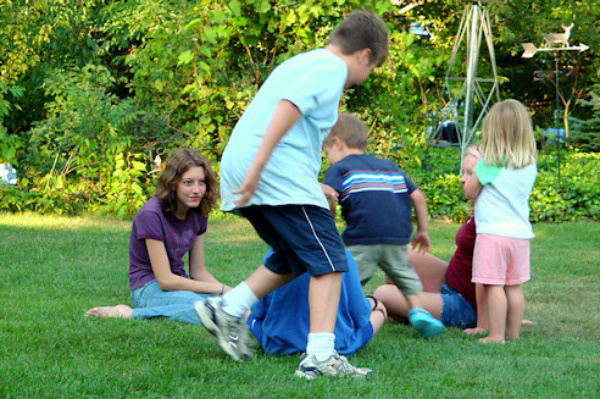 All you need for octopus tag, according to Ziggity Zoom, is a bunch of people and a wide space to run. Pick who will be your first octopus, and have them stand in the center of the ocean. All of the other players are fish, and they should line up along one side of the play area (also known as “the ocean”).

The octopus calls out, “I am the octopus, full of black potion. Let’s see if you can cross my ocean!” With those words, all of the other players take off across the ocean, while the octopus tries to tag them. Tagged players become crabs and must stay where they are, with at least one foot planted on the ground, while they try to tag players, too. Players tagged by crabs become crabs, as well. When all of the untagged players reach the other side of the ocean, the octopus and the crabs say the chant again, repeating the process until only one player is left. That player becomes the octopus in the next game. 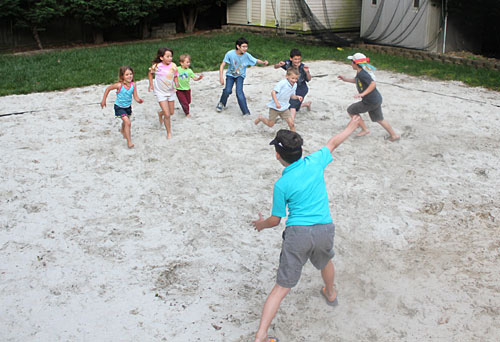 Nature to nature is a slower-paced game that helps little ones take notice of the great outdoors. It was created by a nine-year-old named Joey from Wisconsin. 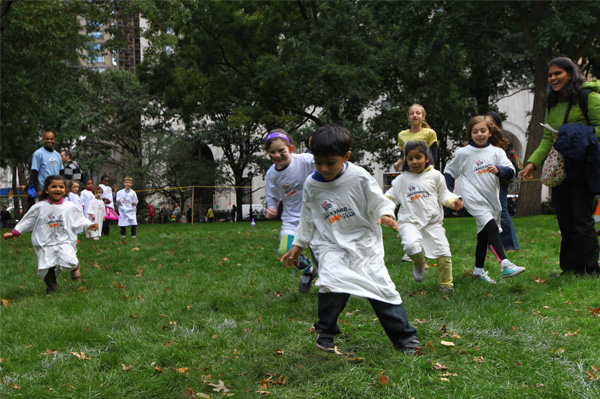 Planning a party with your phone
Stain-proof, kid-friendly finger foods
Ideas for creating a kid zone at a party