Satisfy your sweet tooth with these fab vegan recipes for cakes, doughnuts, gelato and much more. Everyone will find a favorite! 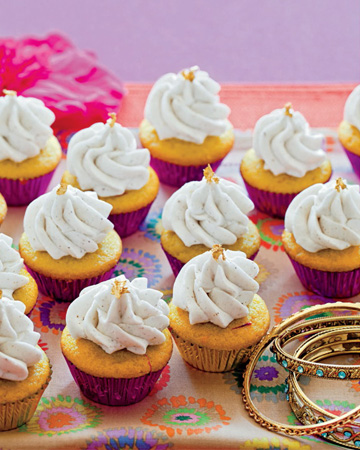 If you’ve got a sweet tooth, Chloe’s Vegan Desserts by Chloe Coscarelli has what you need. This book has oodles of recipes (more than 100) for cookies, pretty pies, tarts and cobblers of all kinds, gelato, sauces, frostings and even dessert-style pancakes.

One distinction about this cookbook, as the title suggests, is that all the goodies are vegan. Not only that, but it won’t take much effort to run down the ingredients used in these recipes. These desserts are made without dairy and eggs, and instead are made with simple, accessible substitutions. 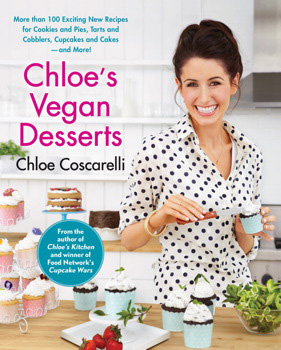 Chloe Coscarelli is an award-winning vegan chef most people recognize as the first vegan chef to win Food Network’s Cupcake Wars in 2010. Her goal for this all-dessert cookbook was to share her original recipes to show people that vegan baking can be easy and delicious. She notes that “the best part of bringing vegan desserts to a mixed crowd is that everyone can enjoy and not question the ingredients.”

“I get inspiration from nonvegan desserts,” explains Chloe. “I am compelled to master ‘veganized’ versions of the ooey-est, gooey-est, butter-laden desserts to prove to people that dairy- and egg-free baking can be just as delicious — and without that heavy feeling that leaves you in a dessert coma. That’s the fun of being a vegan pastry chef!”

She uses ingredients to amazing effect. For example: cashews to make a cream alternative. Coconut milk as a sub for heavy cream. Nonhydrogenated margarine instead of butter and many other stand-ins for animal products that don’t sacrifice taste or texture. In the recipes for this book, Chloe also provides substitutions for those who need to avoid gluten, soy and sugar.

The recipes truly are easy to follow and include ingredients you’ll be familiar with, and comfortable using. To make matters better, the glossy, detailed photos on nearly every page will help serve as your motivation to make many of Chloe’s mouthwatering delights. Also included in the book is a guide that will help you understand how certain ingredients function in the role of vegan baking (no science degree required to follow along).

Chloe Coscarelli is a graduate of the Natural Gourmet Institute of Health and Culinary Arts in New York City and the University of California, Berkeley, as well as Cornell University’s Plant-Based Nutrition Program. The first vegan winner of Food Network’s Cupcake Wars, Chloe Coscarelli is the author of the popular Chloe’s Kitchen and creator of ChefChloe.com. She lives in Los Angeles. To learn more about Chloe, join her community at ChefChloe.com.

Get your copy of Chloe’s Vegan Desserts.