If you think Irish food is all corned beef and hash, think again. These Irish chefs are serving up some of the best food in Europe. 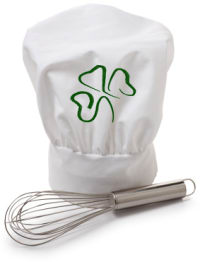 A taste of the Emerald Isle

If you think Irish food is all corned beef and hash, think again. These Irish chefs are serving up some of the best food in Europe.

In honor of St. Patrick’s Day, we’ve rounded up seven of the top Irish chefs we think you should know. Remember these names. You might just see them on the Food Network someday (yes, Food Network, that was a hint!).

Winner of Ireland’s Chef of the Year 2009, this celebrity chef has cooked for American and Irish presidents, British queens, A-list movie and rock stars. The Master Chef for Raglan Road Irish Pub and Restaurant located right here in the good-ol’ U.S. of A., Kevin Dundon serves up traditional Irish pub food with a gourmet twist. The perfect excuse for a trip to Buena Vista, Florida (you know, other than the whole Walt Disney World thing).

Before we get into the food, we just have to say it. Stuart O’Keeffe is ultra-hot. This star of Food Network’s Private Chefs of Beverly Hills isn’t what you would call “out of place” in his adopted California home. But lest you think this Irish hottie is no more than a pretty face, we submit exhibit A: The celebs this chef works for can afford the very best. Good-looking though he may be, his culinary skills are at the top of his résumé. But we don’t mind saying, unless you can cook like O’Keeffe, you can move like Jagger somewhere else, Adam Levine!

While he’s been having some issues as of late (more related to his business sense than his cooking), Paul Rankin was the first Irish chef to earn a Michelin star. He and his chef ex-wife Jeanne rose to stardom as a husband-wife TV cooking duo in 1994. Originally born in Scotland, Rankin has opened several restaurants and has appeared on many Irish cooking shows. His food seems to be a blend of traditional Irish cuisine fused with some of the dishes and techniques Rankin picked up in his travels, specifically Asian food, which is featured prominently on his menu at Cayenne.

Dunne is currently making headlines for his Michelin star, but not because his is one of only eight Irish restaurants to win it… because he wants to give it back! The chef of Bon Appetit isn’t just trying to be a rebel. He thinks it gives people the wrong idea about his cooking. No tuxes or evening gowns are required at this swank restaurant. Sure, it’s fine dining, but does a place that requires a tux have an early bird menu?

You’ll pay a pretty penny for the meal you have at Bon Appetit, so we do recommend making the most of it with a suit and tie and a cocktail dress. But leave the penguin-wear at home. 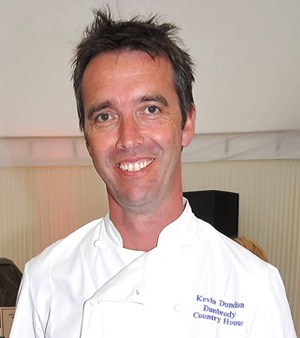 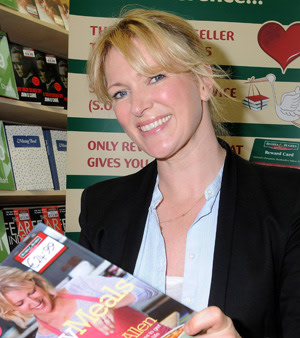 Dublin-born Cathal Armstrong is considered by many top Irish and American foodies to be one of the best chefs in the country. Growing up with a green thumb in his mouth, eating fabulous food with his family and bonding alongside his father in their garden, drive Armstrong to demand the highest-quality ingredients. His mantra: “Nature is perfect. Extract the flavor. Enhance it. Don’t take away from it.” That combined with his annual student exchange with the Boudain family makes Armstrong a believer in the importance of organic foods and sustainability.

The 2012 Irish Chef of the Year has “a deft hand and a light touch, allowing the natural flavor, texture and color of ultra-fresh ingredients to take the lead,” according to the Georgina Campbell Awards website. The head chef of Browns restaurant and Champagne Lounge, Orr has a passion for quality local produce that’s in season.

Perhaps the most famous of the Irish chefs is Rachel Allen. Not only is she absolutely adorable, her high-energy show Rachel’s Favourite Food (broadcast in the U.K., Australia, Italy and more) has led to even more TV gigs, book deals and even a line of kitchenware.

You may not be able to eat at Allen’s restaurant, but you can taste her simple, delicious food by buying one of her many cookbooks. Described by the BBC as the “Irish cooking queen,” Allen grew up in Dublin and now lives in County Cork with her husband, sons and dog.

More celebrity chefs you should know