It seems restaurant review website juggernaut Yelp is adding an additional feature — health ratings. But how valuable are these ratings really going to be for the public? 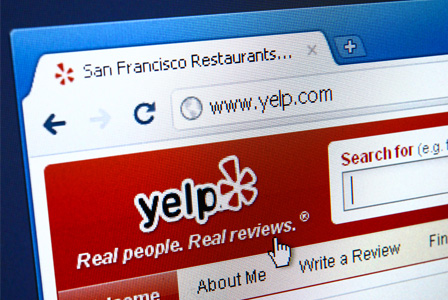 In an effort to help consumers make better decisions about the restaurants they choose, business ratings website Yelp is adding a new feature to their restaurant reviews — health score ratings. The feature is currently only available in San Francisco and New York, which is understandable as these things take time. But will it really help consumers?

What is a health score?

A health score is a hygiene rating. While laws vary by state, the rating is usually on a 100-point scale and restaurants are required to be inspected several times a year and post the score, usually in a place visible to the public.

Are they really useful to consumers?

While we don’t take issue with the availability of the health ratings, we do question their utility. Because state laws require restaurants to meet a certain standard, any restaurant that’s open should, in theory, be sanitary.

There’s also the fact that the restaurant review process is an ongoing one. The number you see on the site is only as accurate as the current data. Because Yelp is relying on information from the local government and all governments work at varying rates of efficiency, the accuracy of the numbers you see will vary by region.

Another issue is the same old issue they’ve always had. Are the restaurants really that sanitary or did they clean up for the inspector? The public doesn’t get to know whether the health inspector made an appointment or the rating was the result of a surprise inspection.

Despite the disadvantages, we applaud the governments involved for their attempt to make government information more publicly available. If they can come up with a system that at least ensures Yelp is updated quickly, it’s a big leap forward in government transparency.

A rating we’d rather see

If you want us to be able to make better choices about where we eat, a nutrition rating would be more useful. While law requires restaurants to publish the nutrition information of their foods, it’s quite a lot of work to pour through the lists of food, and it’s a bit disheartening to see that so many of your favorites are 1,000-calorie (or more!) diet crushers.

A nutrition rating would make it easier to simply choose a restaurant that has more healthy choices available rather than be restricted one or two (often flavorless) options at the restaurant you choose.

What do you think of Yelp’s new health scores? Tell us in the comments below.

More Yelp in the news