This may be hard to believe, but there’s more to Irish beer than Guinness (and not one of them is green). This St. Patrick’s Day, celebrate with a refreshing sip (or three) of an authentic Irish beer. 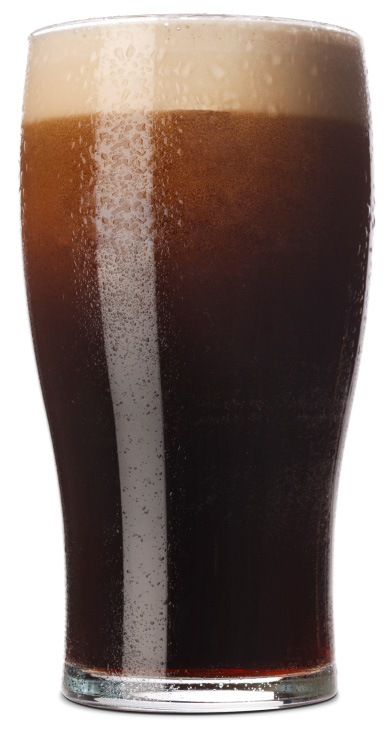 This may be hard to believe, but there’s more to Irish beer than Guinness (and not one of them is green). This St. Patrick’s Day, celebrate with a refreshing sip (or three) of an authentic Irish beer.
It’s easy to see why Guinness is synonymous with Irish beer. In 1759, Arthur Guinness signed a remarkable 9,000-year lease for the now legendary St. James Gate Brewery. Clearly, he had great faith in the future of his company and his brew. And he was right.

Today, Guinness is available in more than 100 countries and remains the best-selling alcoholic beverage in Ireland. In fact, Guinness has been so successful it eclipses many of the truly great beers Ireland has to offer. This St. Patrick’s Day, try something a little different.

First brewed for the Kilkenny Beer Festival as Smithwick’s No.1, this beer has endured for more than 300 years. The brewery itself was inspired by and founded on the grounds of a Franciscan Abbey, where they’d been brewing since the 14th century using water from St. Francis’ Well. Billed as The Irish Red Ale, Smithwick’s has changed a bit over the years, but it remains a beautifully balanced, refreshingly smooth session beer. Pouring a clear amber red with a fine lacing, the malty sweetness disguises a slight smoky and coffee flavor which finishes bitter but clean.

Located in the historic Barrow Valley, the Carlow Brewery honors that area’s long and venerated tradition of craft brewing.

They’re committed to reviving and preserving the ancient, and almost-forgotten, Celtic brewing tradition. All of their brews have no additives and are bottle-conditioned, using only hops, yeast and water. For the Celtic Stout, expect a creamy mouthfeel and strong roasted-barley bite from your dark amber and burgundy pour. This beer elicits memories of making s’mores over a campfire. Don’t want a stout? Try their delicious and somewhat surprising Irish Wheat.

People began calling stouts “oyster stouts” because malty stouts and oysters were a very common pairing in taverns and public houses in the 18th century. As pale ales grew in popularity and oyster beds began to decline, oyster stouts fell out of favor. Unlike most oyster stouts, in which the name only means that the stout is suitable to be consumed with oysters, Porterhouse Brewing Company literally shucks them into the tank. Don’t worry, though. Oysters are only meant to add additional complexity to a beer full of roasted coffee, dark chocolate and toffee flavors with a slight tobacco hint.

Another old brew, Kilkenny’s Irish Cream Ale has a taste very similar to Smithwick’s, but much creamier (due to the nitrogen used to carbonate it) with less-pronounced hops. In fact, the two brews have so much in common that marketers once tried using the Kilkenny name to sell a stronger version of Smithwick’s in Europe since Europeans had a great deal of difficulty pronouncing “Smithwick’s.” Kilkenny’s pours a clear but bright reddish-brown with a creamy and inviting beige head that quickly dissipates. A pleasing mouthfeel and a well-balanced but slightly bitter aftertaste make for a very drinkable beer. 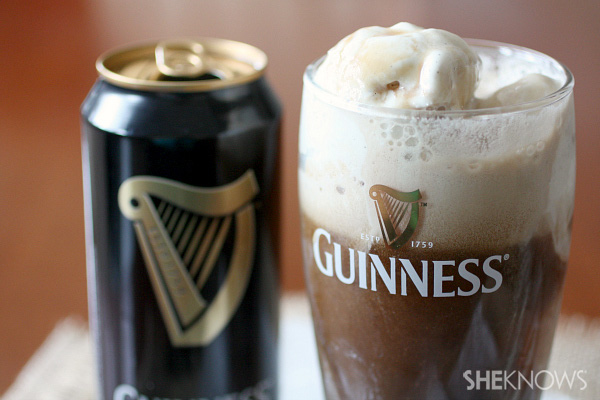 Guinness is poured over ice cream in this over-21 dessert.

Murphy’s was founded in Cork as Lady’s Well Brewery because the brewery was closely located to a holy well, a shrine to the Virgin Mary and one of many such holy springs and wells in Ireland. Irish Red ales are surprisingly niche in the country that invented the style. Less popular than stouts, porters and lagers in Ireland, Irish Reds still enjoy a devoted Irish following and a growing international one. Murphy’s pours a very nice burnished bronze, with fruit and caramel hints and is dry, crisp and hoppy — as an Irish Red should be. A very drinkable beer for a day devoted to drinking.

Murphy’s Irish Stout is the nice guy of Ireland’s big three stouts. While the other two stouts are fairly bitter with dark chocolate and burnt coffee flavors, Murphy’s is more like a nutty, chocolate milk that somebody dropped their espresso shot into by mistake, a happy accident that has made for an enormously light, sweet stout that is as much beer as dessert.

Beamish is brewed exclusively in Ireland and is the third member of the big three. Since 1792, Beamish has been producing its acclaimed stout in a market dominated by more popular stouts. Not as sweet or as drinkable as Murphy’s, not as balanced and creamy as Guinness, Beamish has always had trouble fitting in. That isn’t to say it isn’t an excellent beer, it is. Beamish pours very dark with a fantastic, long-lasting head. Dense with a pronounced roasted malt and coffee flavor, Beamish has a constant bitterness with delightfully creamy finish.

The Dungarvan Brewing Company is less than three years old but hopes to rejuvenate the Irish craft-brewing spirit with their flagship brew, the Black Rock Irish Stout. A traditional dry stout at heart, roasted barley gives way to notes of vanilla and aniseed. The brew pours brownish-black and is light and textured, with subdued hoppiness and malty aftertaste. The bottle also contains a yeast sediment, so pour carefully when you’re enjoying a glass with a hearty meat dish like roast pork and potatoes.

These beers are rated for stoutness on a scale of 1 (low) to 5 (high) shamrocks. While stoutness ratings are subjective, our ratings are based on ratings provided by professional tasters and consumers at Beeradvocate.com and weighted with International Bittering Units (IBU) measurements for the general category (reds, creams, etc.). As a point of reference, Guinness (original) would have a rating between 4.5 and 5 on this scale and Bud Light and the like would come in at 0.