Everyone has that friend — the one who’s always on top of the latest food trends. Don’t wait for her to put you onto the latest craze. Try these 15 super foods now.

Super foods aren’t a new concept — in fact, though some are exotic fruits from the other side of the world, many super foods are things that have been stocked on grocery store shelves for years. What’s changed is what we know about how these foods affect our bodies. This week, make sure you put at least a few of these on your shopping list. Some of them might surprise you! 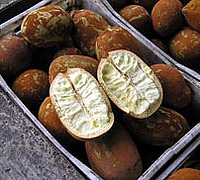 This is the one you’ll want to name-drop to that food-fad-fiend friend you have. Cupuaçu is the next big thing in “unusual” super foods. Related to the Amazonian cacao, this antioxidant-packed fruit has a creamy flesh and tastes like pear with a bit of banana. 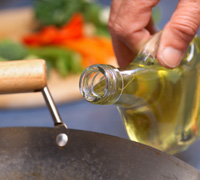 Olive oil may be all the rage, but safflower oil deserves a high-five, too. Cooking with this pleasantly-named oil increases lean muscle, reduces belly fat and stabilizes blood sugar. 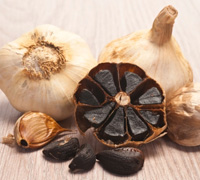 Black garlic is just regular garlic that’s been fermented for a month. Now, hear us out. It’s actually really tasty. It’s a bit sweeter and softer than its fresh counterpart and, you guessed it, turns black. Better yet, it’s got twice as much antioxidant power and (bonus!) won’t give you the dreaded garlic breath. 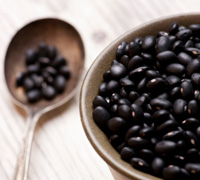 When it comes to food, black must be the new black. Black beans are chock-full of fiber, which fights diabetes, and magnesium, which helps your body absorb calcium and boosts your immune system. They actually have 10 times the amount of antioxidants as your average tomato. (Remember, fresh is best, but if you use canned black beans, rinse them first.) 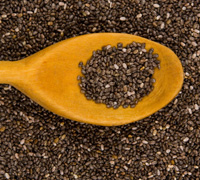 Cha-cha-cha-chia! That’s right, those tiny seeds you’ve bought to grow plants that mimic crazy-haired animals are actually really good for you. They have more heart-healthy and brain-power-boosting omega-3s than flaxseeds! They’ll also help reduce blood pressure and inflammation, lowering your risk for heart disease. And. just like the flaxseed, they’re a great addition to shakes and smoothies. 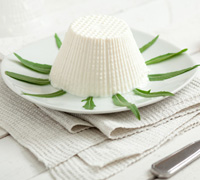 No one thinks of lasagna as a particularly healthy food, but it turns out, if you watch the other fat content, pack it with veggies and use whole-wheat or spinach pasta, it’s actually not only pretty good for you, it’s the perfect vehicle for one of the best cheeses you can eat. Ricotta, especially if you choose the part-skim variety, has up to 25 percent of your daily intake for calcium, which as we all know, helps with burning that post-dinner fat. 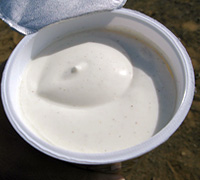 Maybe you’ve never heard of skyr, but you’ll be glad you did. It’s a soft cheese from Iceland that has the consistency of a yogurt. It’s nice and creamy and, in its nonfat version, still provides more protein that Greek or traditional yogurt. 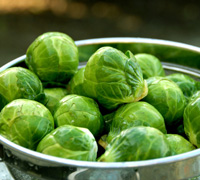 You know that unusual smell these tiny cabbage-looking veggies have? That’s the scent of fighting cancer. Allyl isothiocyanate actually causes precancerous cells to self-destruct. They’re also packed with fiber and vitamins A and C. If you aren’t a fan of Brussels sprouts, try roasting them in a little safflower oil, salt and pepper to bring out their sweetness and serve them up with a bit of ricotta. 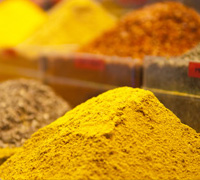 Curry gets its distinct color from curcumin, a powerful antioxidant that halts tumor growth and has actually destroyed cancer cells in a lab test. In addition to its cancer-fighting prowess, it’s also possible it may break up the plaque that causes Alzheimer’s disease, according to scientists at UCLA. 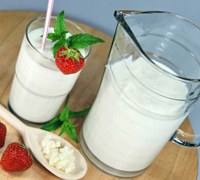 Full of both protein and calcium, kefir is a creamy drink that is loaded with probiotics to help you maintain a healthy digestive system. It can be used in place of sour cream on Mexican food or on top of your baked potato or as an ingredient in smoothies instead of yogurt (which has less protein and more sugar). It also makes a great addition to marinades and can be used in salad dressings in place of buttermilk. 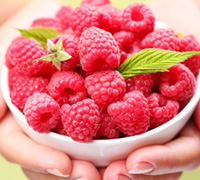 With more fiber than blueberries and, in frozen form, double the vitamin C of their azure-colored counterparts, raspberries are a superior source of ellagic acid, which is thought to inhibit the formation of cancer cells. 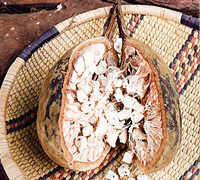 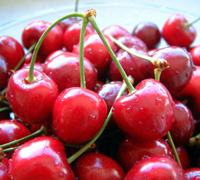 While this theory is still being tested on animals, at the University of Michigan, they’ve shown that animals who take a small dose of a powdered version of tart cherries have lower cholesterol and blood sugar in addition to storing less fat in the liver. Cross your fingers the same holds true in human studies! 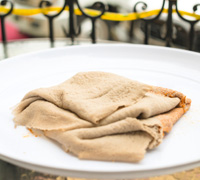 This African export is a whole grain that tastes sweet, similar to molasses. It’s really versatile, too. It can be used in breads, in place of oatmeal, or made into a polenta-like meal. It’s got twice the iron of most other grains and as much as three times more calcium. 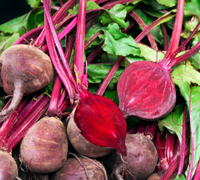 If you’re pregnant or planning to get pregnant, it’s time to start loving beets. They’re a great source of folate, which protects agains birth defects. The green leaves of beets, which can be cooked much like spinach or collard greens or just tossed in a salad, also contain lutein and zeaxanthin, which are great for your eyesight. It’s also believed they relieve inflammation and help rid your body of the dangerous affects of carcinogens.