This year, celebrate the Year of the Snake with a little Texas style and cook up some rattlesnake for your friends and family. It’s a true Southern delicacy. 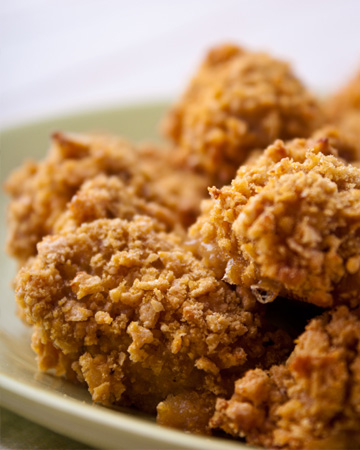 According to Chinese astrology, 2013 is the Year of the Snake. While in the States, we tend to run screaming from these slithery creatures, the ancient Chinese believed that a snake in your house was good luck because it was an omen that your family wouldn’t starve.

We couldn’t agree more! You can’t go hungry when dinner slithers right into your kitchen, now, can you? In Texas, we’ve got this under control, as evidenced by our popular annual rattlesnake roundups where dozens of home cooks and vendors create exciting concoctions to the crowd’s delight (and sometimes horror in the case of city slickers).

So the next time a rattlesnake invites himself over for dinner at your house, he’ll be quite disappointed to learn what’s on the menu for the evening. We recommend showing him the recipe. He’ll feel a bit better knowing how delicious he’s going to be!

How to get rattlesnake

First, you have to catch and kill the snake. Rattlesnakes are extremely dangerous, so please make sure you wear thick gloves and boots and have 9-1-1 dialed into your cellphone before proceeding.

Do not shoot the rattlesnake. Not only is it dangerous (and illegal in some areas) to fire a weapon indoors, but you risk ruining the meat, especially if you’re not a good shot. Instead, very carefully sneak up on the animal and, using rattlesnake pincers, grip it firmly by the head.

Note that rattlesnakes, like many other animals, usually prefer not to be killed. As such, stay out of striking distance. Take the snake outside and use a shovel or axe to quickly and cleanly remove its head. The body will continue to wiggle for several minutes after. This is normal. Dispose of the head very carefully, as there is still venom and the fangs remain sharp even after death — they can also still bite even without their bodies. (Note: See the disclaimer below.*)

If that seems a little gruesome, you can also purchase rattlesnake meat at some specialty markets, but please note that it’s pretty pricey at around $30 a pound.

Yield depends on how big the snake is

The instructions for catching your own snake were provided as humor (we were serious about the wiggling and the biting, though). Please don’t attempt to kill a rattlesnake yourself — they’re dangerous, quick and potentially deadly. Call animal control or a professional pest-removal service. Also note that in some areas, killing rattlesnakes is illegal. The rest of the recipe, however, is actually quite tasty if you can get your hands on some rattler!