Chef Roberto Martin shares more than 125 delicious vegan recipes that make healthy vegan cooking accessible for everyone. In his cookbook, Vegan Cooking for Carnivores, you’ll find recipes you’ll want to make and eat, no matter what your lifestyle. 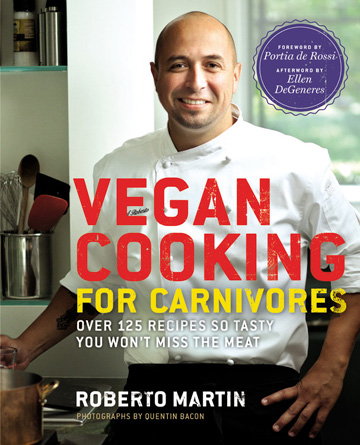 No need for “if onlys”

Ellen DeGeneres and her wife Portia de Rossi are both vegans, having made the decision to remove all animal products from their diets about four years ago. Right about now is when you might think to yourself, “I could be a vegan, too, if I had a personal chef to cook vegan meals for me.”

And that’s where the cookbook, Vegan Cooking for Carnivores: Over 125 Recipes So Tasty You Won’t Miss the Meat, can be a huge help if you’re interested in making a switch to a vegan diet. Roberto Martin, Ellen and Portia’s personal chef and the author of this robust cookbook, wasn’t a vegan when he applied for the job with the two stars. He explains that, after starting the job, he learned that “vegan food is no different than any other cuisine.” Roberto encourages readers that all you need to do in order to cook and eat vegan is to get a little creative with your substitutions for animal-based products and for swapping in plant-based protein for meat.

Favorites can still be favorites

Portia wrote the foreword for the cookbook and explains that, after she and Ellen made the decision to become vegan, worry set in that they would feel deprived with the options they had for food. She was concerned they wouldn’t be able to keep up their vegan diet on tofu and salads.

Roberto eliminated that concern. How? By creating recipes and meals using familiar techniques. Only the ingredients have changed. He says, “I want to make familiar, comforting foods that will make being vegan easy. The food will taste so good that no one will miss the meat!” He recreated his favorite meals to serve to Ellen and Portia and soon recreated theirs as well. 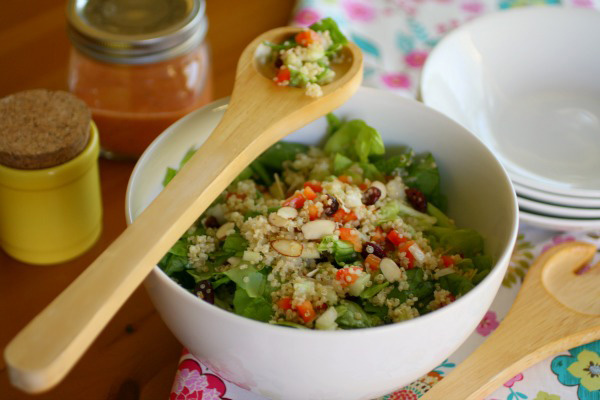 There are several tips and techniques included in the book to make preparing vegan meals easier, along with large, vibrant photos. In the book, the recipes begin with breakfast and cover everything through desserts, including beverages, condiments and dressings.

Recipes in the book include Tofu Benedict with Chipotle Cream for breakfast; Avocado Reuben for lunch; Roasted Corn Dodgers (“two-bite treats” of veggie patties that include vegan cheeses, spices and seasonings) as an appetizer; and Quinoa and Cranberry Salad with Butter Lettuce and Heirloom Tomato Vinaigrette in the salad category.

To purchase a copy of Vegan Cooking for Carnivores visit Hachette Book Group.

Roberto Martin grew up in a Mexican-American family of 15. While in college he worked in a restaurant, fell in love with cooking and attended the Culinary Institute of America. He became a personal chef to celebrities and has focused on nutrition and health. Now he cooks exclusively vegan meals for Ellen DeGeneres and Portia de Rossi. He appears frequently on The Ellen DeGeneres Show and on the show’s website.