Hungry for the latest food updates? Check out these bite-sized portions of food news, hot off the griddle. 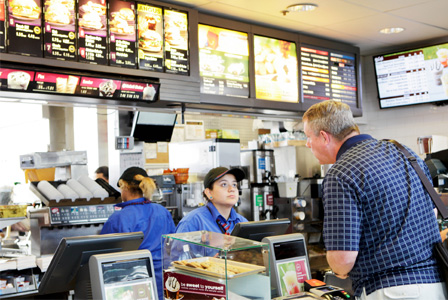 McDonald’s will flap its “Mighty Wings”

After success testing its “Mighty Wings” in Atlanta last year, McDonald’s is going to take flight again. This time in Chicago, this week. What’s the flap all about? A new chicken offering on the chain’s menu: “Mighty Wings,” chicken wings sold in three, five or 10 pieces with a price starting at about $3.

The new item heads to Chicago for more testing before McDonald’s makes a final determination. The general public seems to love its wings. The popularity of chicken wings in restaurants has been flying high in the past year. But don’t get your feathers in a ruffle just yet. Even if “Mighty Wings” are deemed successful enough to add to the menu, it might not be a permanent thing. McDonald’s could decide to offer this item as one of its limited time options.

Pinkberry lets the sunshine in! 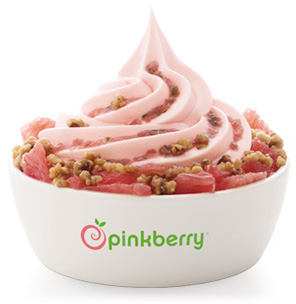 Just in time to bring a dose of citrusy sunshine to its stores and customers this winter, Pinkberry debuted its Grapefruit Pinkberry flavor earlier this month. That might be the dose of sunshine you’ve been looking for!

Included in the tangy yogurt are hand-cut pieces of ripe grapefruit for a tropical flavor. You can scoop up this new flavor that also includes a few perfect pairings: caramelized almonds for a sweet crunchy bite and a grapefruit basil puree made from scratch in the stores. Try the tangy Grapefruit Pinkberry on its own or pair it up with whatever mix-ins you prefer.

All of Pinkberry’s fresh fruit, dry and liquid toppings are 100 percent free of trans fats, hydrogenated oils and high fructose corn syrup, and its yogurt is made with real milk and yogurt packed with live and active cultures. Find a store near you.

There are a few new menu options at select Dunkin’ Donuts locations: gluten-free doughnuts and muffins are being tested at stores in the Boston and Miami areas. On the test menu are blueberry muffins and cinnamon sugar doughnuts.

According to the National Foundation for Celiac Awareness (NFCA), the gluten-free products will be individually wrapped and are “dangerously delicious.” There hasn’t been an official announcement on when these products might materialize in other markets, but Dunkin’ Donuts is said to be set for a larger test in February, with the possibility of a full market roll out (no pun intended) toward the summer. The NFCA noted that sales of gluten-free products increased by about 18 percent in a one-year period as of August 2012.