Looking to geek-ify your old-fashioned kitchen this year? We’ve found a few gadgets you won’t want to leave out. 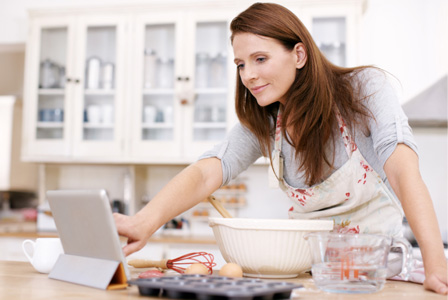 Serious cooks know the importance of having just the right tool for the job. That KitchenAid stand-mixer is a champ, but it doesn’t do everything. These kitchen gadgets will make any home (or pro) cook the talk of her friends. 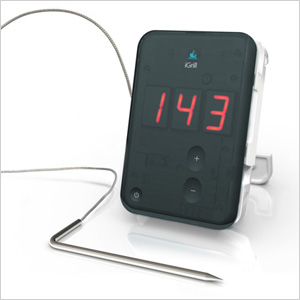 Get the perfect slow-roasted chicken and tender long-cooking barbecue ribs with the iGrill — the first grilling and cooking thermometer with an app for Apple and Android devices. We love this gadget because it allows you to fearlessly multitask by shooting you an alert when your food has reached the target temperature. It has two probes, so you can monitor two meats at the same time (with the option to purchase more) and comes in white or black.

But it’s also fun! If you’re an iPhone user, it integrates with Facebook so you can upload pics of your perfectly cooked steak to make your friends jealous and a global feature that lets you see real-time pins of what other iGrill users are cooking around the world. (iGrill Inc., $80) 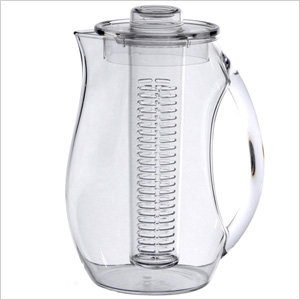 If your New Year’s resolution list includes a pledge to drink more water, the Oneida Fruit Infusion Pitcher is an invaluable find. Just toss lemon slices, raspberries, orange slices, strawberries, kiwi and more into the removable fruit-infusion rod for a tasty way to enjoy beverages in a fun new way. The clear, shatter-resistant polycarbonate construction makes a full pitcher as beautiful as it is durable. (Oneida, $25) 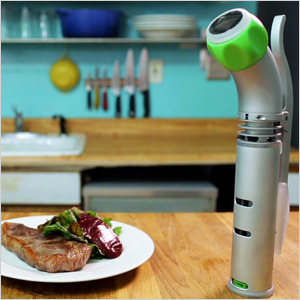 While there are now a number of reasonably priced sous vide machines on the market, none looks as easy to use as the Nomiku. Just drop your ingredients in a bag (that’s right, any zip-seal bag at the store), seal it up tight and place it in the Nomiku-controlled water bath. The Nomiku isn’t a giant machine, but a wand you place in a regular pot you already own, so it doesn’t take up tons of cabinet space. 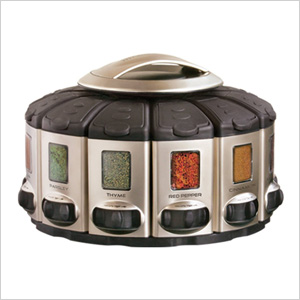 These 12 self-measuring spice containers in a convenient spinning rack are invaluable when cooking multiple dishes at once. Just turn the dial to measure out exactly the amount of whichever spice you need. It also has shake and pour options for more adventurous cooks. (Amazon , $33) 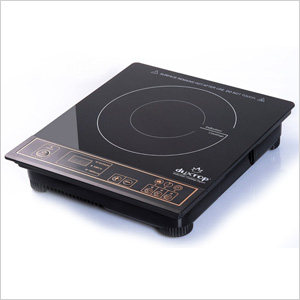 Remember those commercials about the cooktop that could boil a quart of water in 90 seconds? Sounds great, but wow! They’re expensive ranges. Enter the DUXTOP Portable Induction Cooktop. The DUXTOP is a single-burner induction cooktop that will give you the speed and efficiency of induction cooking without the need to purchase a new stove. That’s great news for lifetime cooks who’d like to experiment but don’t want to relearn how to cook all their favorite dishes. (Amazon , $75) 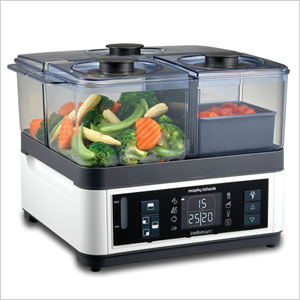 The Intellisteam by Morphy Richards has three individually controlled heaters, all of which can be set for different times. Cook an entire health-conscious meal for four. It has a 40-minute warming feature, a removable drip tray and the attachments are dishwasher-safe. Better yet, it sounds an alarm if the water boils out. It comes in two models, regular and compact. (Morphy Richards, $110-$162) 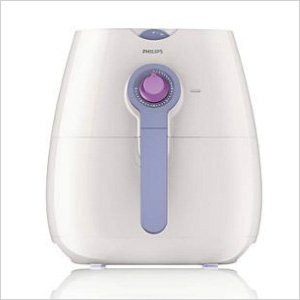 We love any gadget that removes up to 80 percent of the fat from our favorite fried foods. The Phillips Viva Collection Airfryer with Rapid Air technology does just that. Not only does it make delicious “fried” foods, it’s easy enough to clean that you can use it every day and doesn’t leave your house with that nasty fried-food smell. (Various retailers, $330) 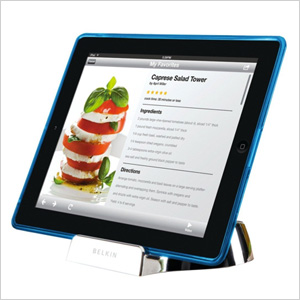 An iPad is one of the most convenient kitchen devices around, but we’re always worried about getting it messy navigating with food-covered fingers. Belkin solved this little problem by creating a convenient stand and stylus that works with most tablets (even in cases). It has two viewing positions and a sturdy nonslip design. Finally! Someone who really understands what nerdy cooks need. (Amazon , $38) 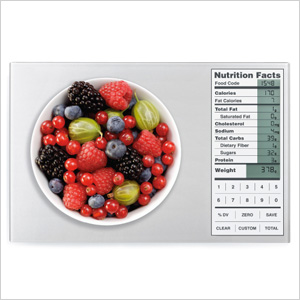 Every dieter needs a good food scale. The Perfect Portions food scale has a leg up on the competition. It not only weighs your food, it gives you each dish’s nutrition facts and tracks your total daily intake. With more than 2,000 preprogrammed foods and 99 custom foods, the scale adjusts to your diet. It also comes in one of five fabulous colors. (Perfect Portions, $60) 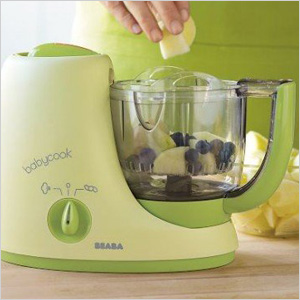 Parents who want to serve their babies the healthiest food on a budget have already seen the benefits of the Beaba Babycook puree device. But the Babycook is also great for health-conscious adults. Use it to make delicious purees to replace oils in baked goods or to add healthy binders to mac and cheese and other casseroles. It makes well-pureed fruits, veggies and other foods. It also steam cooks and reheats the purees so you can freeze them for quick meals later. (Amazon , $119) 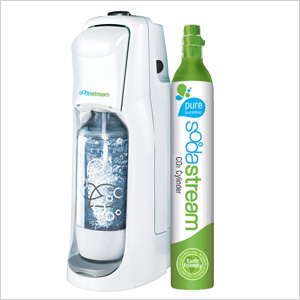 We love the Sodastream! It lets you make your own fountain soda in a multitude of flavors for pennies on the dollar (which is great news since 2-liters of most name brands are going for almost $3 each now). But it doesn’t just make soda. You can also make flavored waters, sparkling naturals, lemonade and more. (Sodastream, starting at $80) 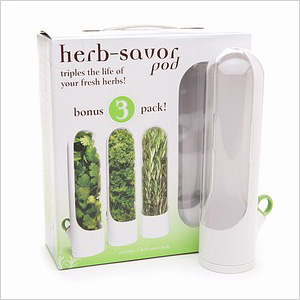 Don’t you hate paying for all those fresh herbs just to have them go bad in a matter of days? So do we. That’s why we think everyone should have the super-nifty Prepara Herb-Savor. This ingenious little gadget actually prolongs the life of herbs for up to three weeks! It’s a little pricey if you need more than the three the kit comes with, but well worth it in terms of the money you’ll save on herbs in the coming year. (Drugstore.com, $25) 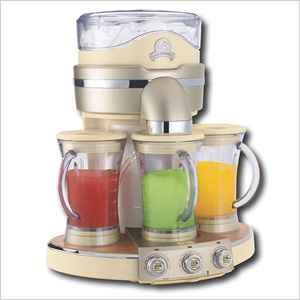 Anyone who entertains frequently knows what a pain it is to constantly clean out the blender to make various flavored frozen drinks. Michele wants strawberry daiquiris, while Fran wants a plain frozen margarita. Stop spending so much time at the sink! The Tahiti Margaritaville lets you make three different flavors so everyone will get what they want. It comes preprogrammed with six different drinks to take the guesswork out of it. It will also make you a killer anti-hangover smoothie the next morning. (Frontgate, $500)