Who says grilled cheese sandwiches are only for lunch? Make an indulgent breakfast version with eggs and ham, plus waffles instead of sliced bread. It’s an all-in-one morning time treat! 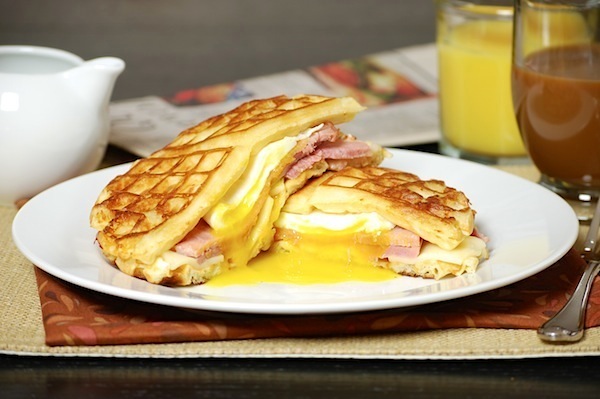 Wondering what to do with all that leftover ham from the holidays? Eat it for breakfast! The whole family will love these waffle grilled cheese sandwiches, so pull out that waffle iron and put it to good use. If you’re short on time, you can even substitute frozen waffles — we won’t tell!

Yields 4-6, depending on size of waffle iron

To taste the seasonings of your waffles, cook a small spoonful of batter in the waffle iron. Adjust with more salt or cayenne pepper, as needed.