What do you get when you bring together some of the finest chefs, both as competitors and judges, several baskets of food with seemingly strange combinations, and a James Beard award-winning host and journalist who is also a food and wine connoisseur? That would be Food Network’s cooking competition show, Chopped. 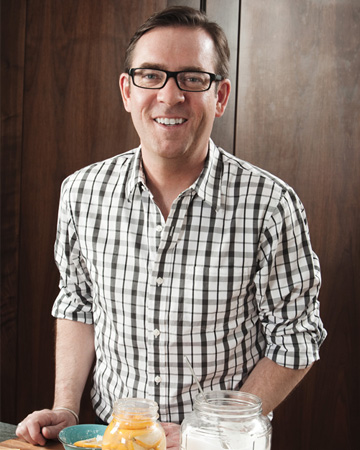 From host to host

Ted Allen, the host of Chopped, took time recently to talk with SheKnows about the high-energy show, and to provide recipes and ideas for easy and elegant holiday meals and entertaining. If you’ve seen Chopped, then you understand the pressure the competitors are under. They have to make quick decisions, use their imagination, and sometimes use ingredients they’re not at all familiar with to pull together an interesting and delicious dish that several people will enjoy. Sounds a little like the holidays, doesn’t it?

Asked about one thing he’s learned from being on Chopped, surrounded by talented chefs, and Ted admits that it’s difficult to narrow it down to just one thing. “I’ve learned so much from the chefs, but the main thing is the mindset of cooking from an ingredient point of view,” says Ted.

Food for the holidays

Holiday cooking can be a bit of a different animal: typically there is a set menu planned using specific ingredients, and perhaps following a family recipe in order to create a crowd favorite. But even then, don’t be afraid to apply a few new tricks to those tried-and-true recipes. Ted developed several recipes for Unilever and its brands of spreads like I Can’t Believe It’s Not Butter, and we were thrilled he shared them with us.

Of the recipes Ted put together with Unilever, his holiday favorite is stuffing. “I did some experimenting recently, and, instead of using two sticks of butter for my traditional stuffing recipe, I replaced it with I Can’t Believe It’s Not Butter. Nobody at the table had any idea, and I cut the saturated fat by 70 percent in a dish that depends very heavily on buttery flavor,” recalls Ted.

Who among us can think of the holidays without the side-dish darling, mashed potatoes? Ted explains that typically, when he makes mashed potatoes, he uses a combination of 50 percent potatoes and 50 percent parsnip or celery root. “This is a great way to mix it up a bit.” He took this approach a step further when he created the mashed potato recipe using I Can’t Believe It’s Not Butter.

“When I was at the market I saw golden beets and I thought, why not? It’s a root vegetable that will mash smoothly,” he explains. “Using golden beets in the mash helps develop a beautiful golden color for this dish and gives it a sweetness, a depth. Just more flavor than using potatoes alone,” he says.

“I have friends who are vegetarian, and I like it when they come to dinner. It gives me a focus and a challenge when I’m cooking,” Ted explains. “I wanted to create a lasagna recipe that had an autumnal feel, and I came up with lasagna made with butternut squash, wild mushrooms and whole wheat, no-boil pasta sheets. The sauce is a white sauce made using Country Crock. I didn’t use cream and I didn’t use butter, but my guests remarked on how rich this dish was,” recalls Ted.

Get fired up for the festivities

Making a great meal is just one piece of the holiday entertaining pie. There are also parties to be hosted, and food and drink alone doesn’t create great atmosphere. Ted detailed a few important things to consider to help create a memorable and festive holiday gathering:

“Focus on one specialty, signature cocktail. It makes it easier on you as the host, because you won’t have to buy so many different drinks and mixers.”

“Buy prosecco (which is less expensive than Champagne). To a glass, add a splash of St. Germain elderflower liqueur, top it with prosecco and garnish it with a raspberry. It says ‘holiday cheer’ and is really welcoming to give to a guest when they first walk in the door.”

“As a host, it’s your responsibility to provide something good for nondrinkers, not just a can of diet soda. That’s not good hospitality.” Something easy and simple can still be special. “Buy a sparkling French lemonade and put a sprig of basil in it.”

Reduce stress over the holiday meal and start a new tradition

“Potlucks not only help cut expenses, but they take some of the pressure off the host. I like to see the host focus on the turkey or main dish. Ask friends to bring dessert, or side dishes, especially the kind that don’t need to be heated since there’s always competition for oven space. A potluck is not only a way to start a new tradition in the way the meal is served, but your guests are incorporating their food traditions into your family, as well.”

“Do as much ahead of time as possible. If you can make some dishes a few days in advance, do it.”

“Thaw your turkey! There is only one way to do it: leave it in the plastic and keep it in the refrigerator. It takes about five days to thaw. When the turkey isn’t ready it creates panic for you.”

“To get a lot of impact for little money, buy a bag of votives at a discount store. A display of 35 votives on your mantle can be dramatic and beautiful.”

“Use your dimmer switch to create mood lighting.”

“Decorate with food. There’s nothing more beautiful than a bowl of artichokes, pomegranates or a bowl of lemons or apples. And you can use them later.”

“Pick up some small branches from your yard and put them in a tall vase.”

“Play music. Sophisticated jazz from an artist like Chet Baker is indispensible for entertaining.”

The most for the host 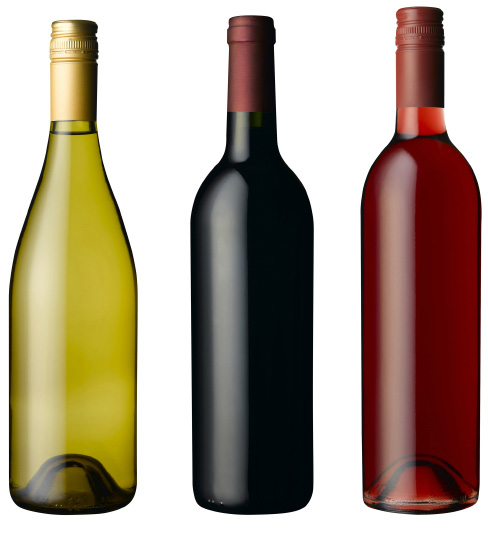 If you’re wondering about what to give as a special host gift, Ted suggests wine. “It’s not particularly original, but it’s thoughtful,” he explains. “Consider three wines within your budget that you like or that someone recommends. Then, do some research and figure out what food pairs well with those wines. Write out a corresponding recipe for each of the wines, tie a ribbon to each of the cards, and hang them around the necks of the bottles. People are often mystified by food and wine pairings. This is a gift that will propel people into their kitchens. You’re helping them learn about food and wine, and you’re giving them a theme for an evening down the road. They will love it.”

For the stuffing, mashed potato, and lasagna recipes developed by Ted, as well as more tips for holiday entertaining, visit Good to Know!

Not only is Ted Allen the host of Chopped, but his latest cookbook, In My Kitchen: 100 Recipes and Discoveries for Passionate Cooks, was released this year. He also writes for such publications as Bon Appetit, Epicurious, Food Network Magazine, and Esquire.