Holiday aromas vary from home to home, but one of the most enticing fragrances associated with the season is cinnamon. As it wafts through the house, mouths start to water and everyone weighs in on what treat is making them heady and hungry.

Related story Martha Stewart's Healthy & Versatile New Dish Can Be Served 'For Breakfast, Side, or a Snack' 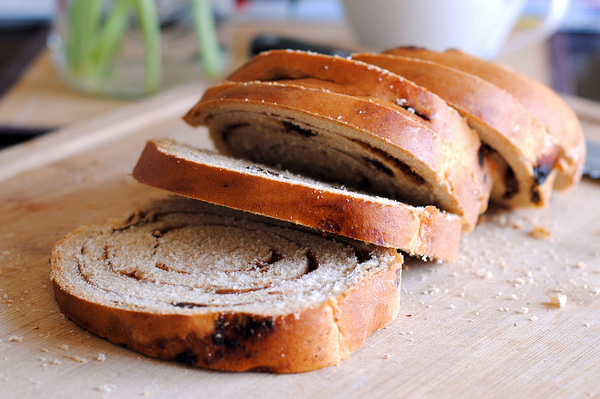 Whole wheat cinnamon bread is the perfect way to start the day, whether your plans include a day of shopping, picking out a tree or sled riding. It’s healthy and hearty, and it will keep your energy levels high for whatever the day has in store.

Makes 2 loaves (Freeze one for later… if you can salvage it before the family gets to it!)

What’s your favorite topping for cinnamon raisin bread? Share in the comments below!