Remember that goopy green bean casserole Grandma used to make? This new and improved version uses only fresh ingredients, no cans. Even those french-fried onions you loved so much get revamped to make a classic holiday side dish even better. 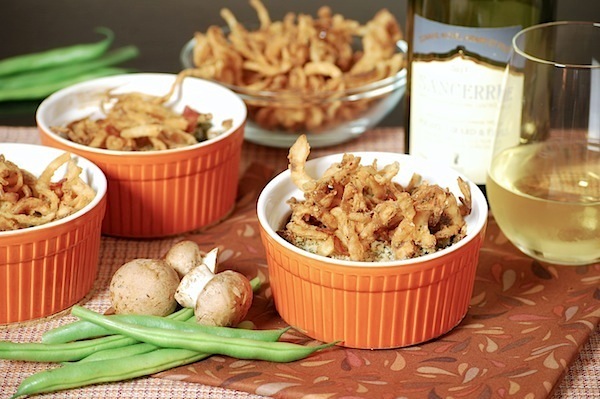 Is green bean casserole a tradition at your Thanksgiving table? Some traditions are meant to be broken. Just because it used to be made with cans of mushroom soup, soggy green beans and salty fried onions doesn’t mean you have to do it that way this year. Try this updated homemade version instead.

Makes 4-6, depending on size of ramekins