You can’t go wrong with a traditional pumpkin pie on your holiday dessert table. As good as it is, it’s a little safe, wouldn’t you say? So why not flex those culinary muscles and turn this plain pie into something unique and fabulous? This boozy pumpkin cheesecake shooter has the flavors you know and love from regular pie but is souped-up with cream cheese and spiced rum. Plus, they are pretty darn cute, wouldn’t you say? 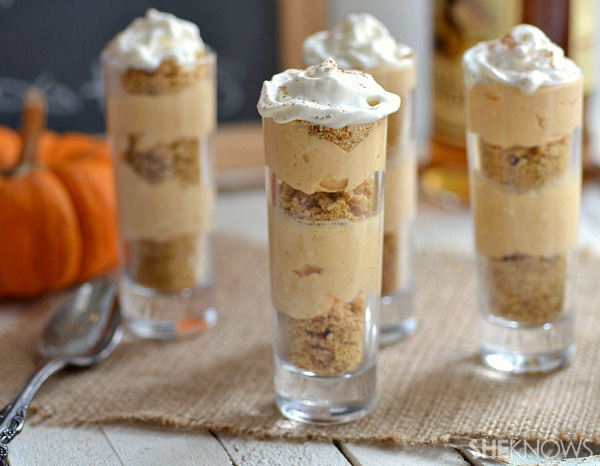 Here at SheKnows, we love boozy desserts because they combine our two favorite things, alcohol and sweets, into one delectable bite. Not only are these cute and tasty, they are so easy to make and require no oven whatsoever. And did we mention they have rum? 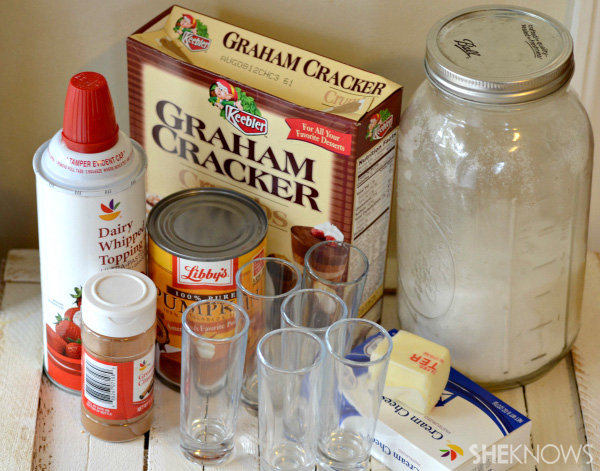 In a bowl of an electric mixer, add cream cheese, pumpkin puree, cinnamon and sugar. 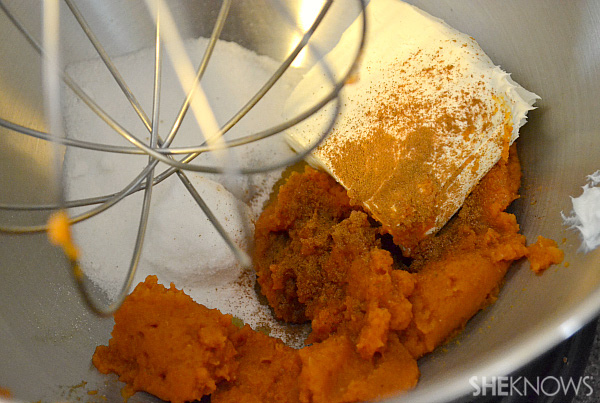 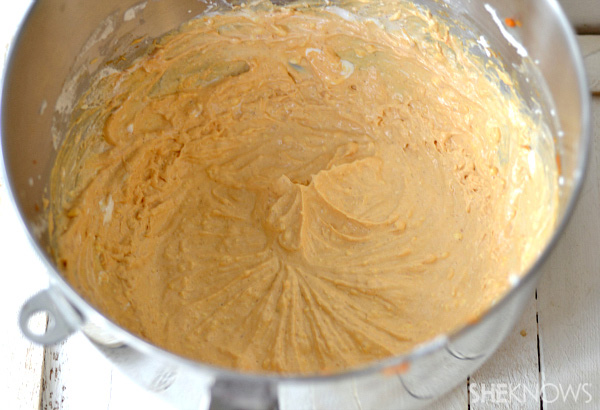 Once mixed, add in rum and stir to mix. 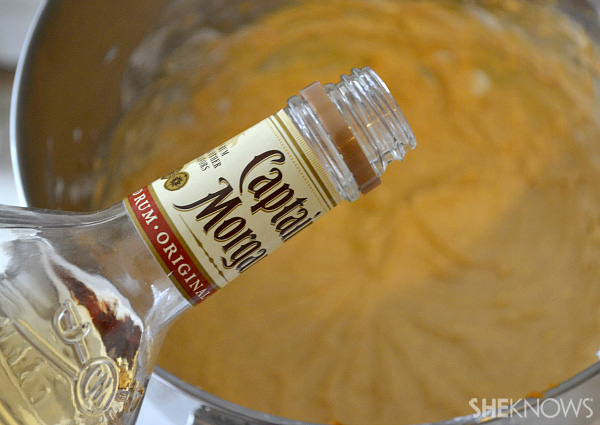 Step 2: Mix butter and crumbs together

Add your melted butter to the bowl of graham cracker crumbs and mix to moisten (mixture will resemble coarse sand). If needed, add additional butter. 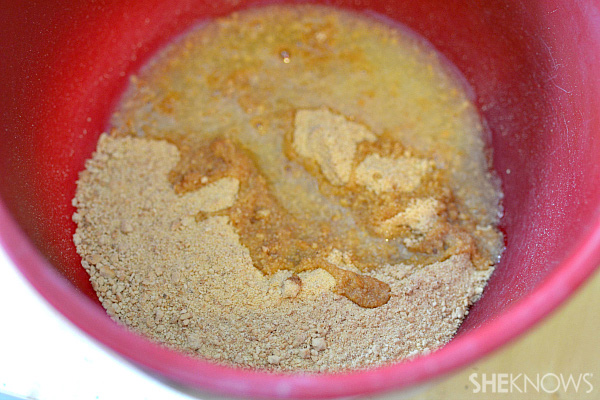 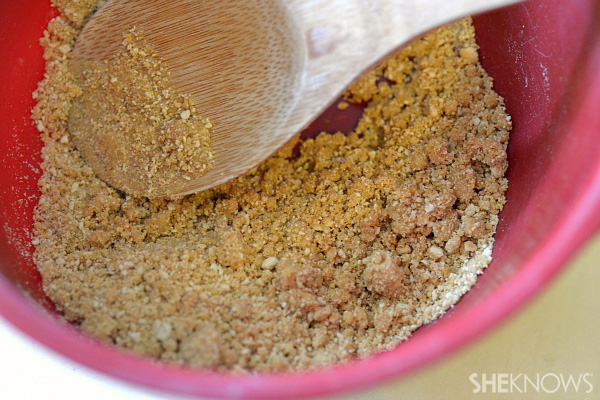 Make sure the shooter glasses are clean and dried. Using a small spoon, scoop about 1-1/2 teaspoons of graham cracker crumb crust into the glass. Then, using your finger, push it down a little to harden the crust. 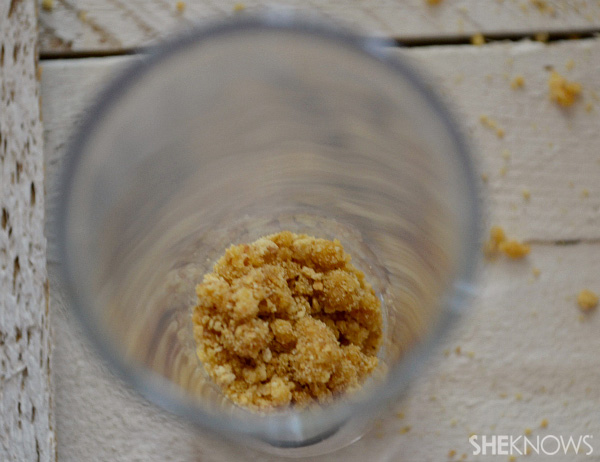 Then scoop a spoonful of filling and pour it over the crust. Clean off the sides of the glass with paper towels so you have an even layer. 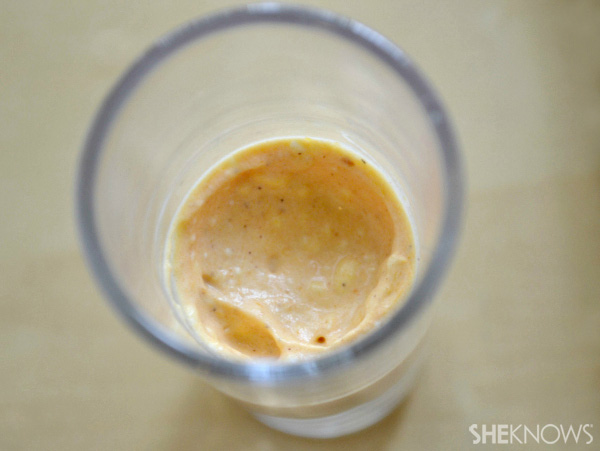 Repeat the layers until your glass is full. Garnish with whipped cream and cinnamon and enjoy! 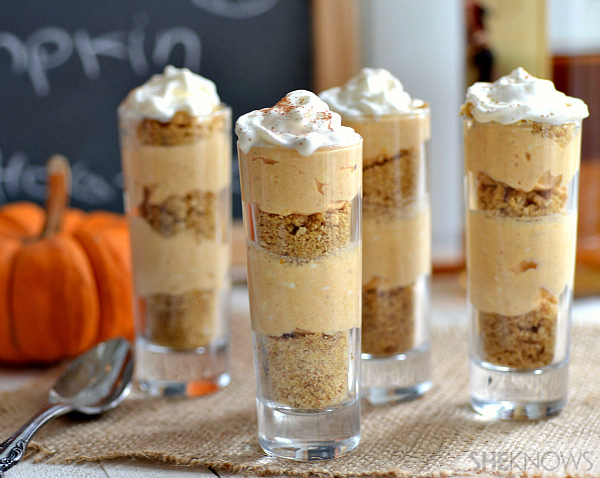 This New Costco Bakery Item Has a Decadent & Delicious Surprise Inside