Even though peach season is coming to a close, there’s still time to take this delicious summer fruit and make a savory autumn meal. 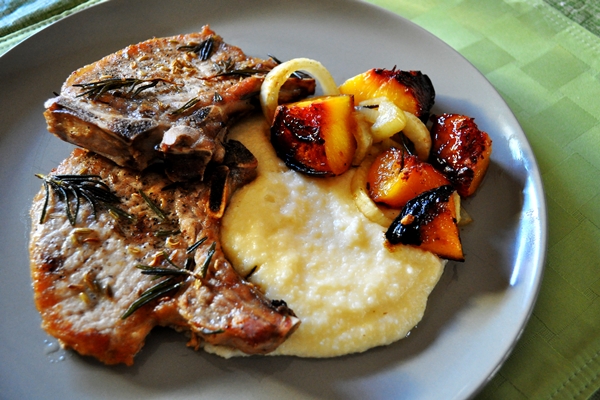 Peaches are those wonderful stone fruits that are delicious raw or baked in pies and tarts. And although fruits aren’t usually considered an important ingredient for dinner, they can add an awesome sweetness to an already wonderful entree. So when Fine Cooking suggested frying those peaches in sugar and then roasting them with some pork chops, I knew it would be amazing.

While it’s true that this meal is perfect for those warm summer months, simply adding some fennel and cheddar grits make it an ideal choice when those cold winds start to blow. So while grilling chops may be your first choice, roasting them in the oven is just as tasty and a lot nicer to your extremities than standing over an outside grill.