Cupcakes are a fun addition to any party. These cupcakes are stuffed with apple pie filling and oh so very delicious! 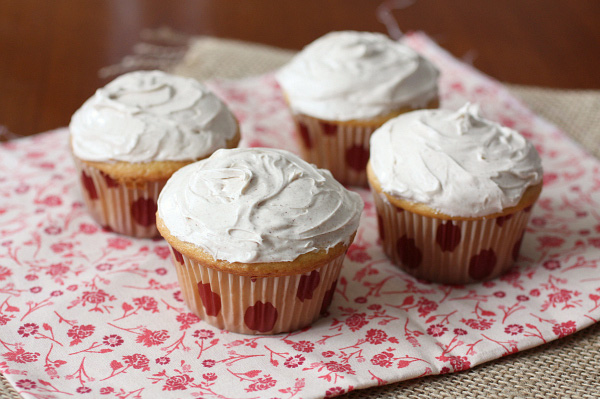 There is nothing more autumn like than having a big slice of apple pie. However, making a whole pie can get a little overwhelming at times. So, we took the work out of pie making by giving you all the flavor plus a little more! A classic yellow cupcake has been filled with homemade spice-filled apple pie filling and then topped with creamy cinnamon buttercream frosting. This is the cupcake that will make you a star at your next family gathering! 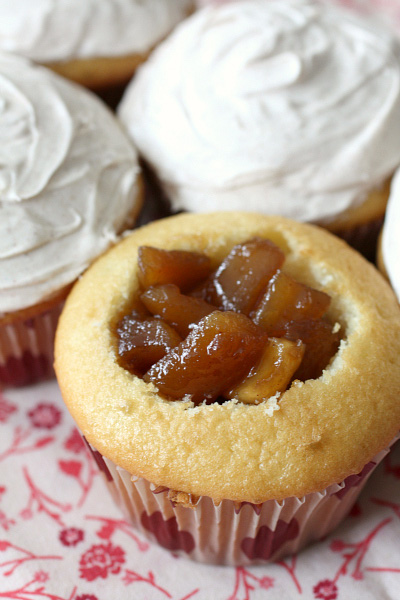