Baklava is a classic Greek dessert. We took all the work out of making them and turned them into sweet little cupcakes! 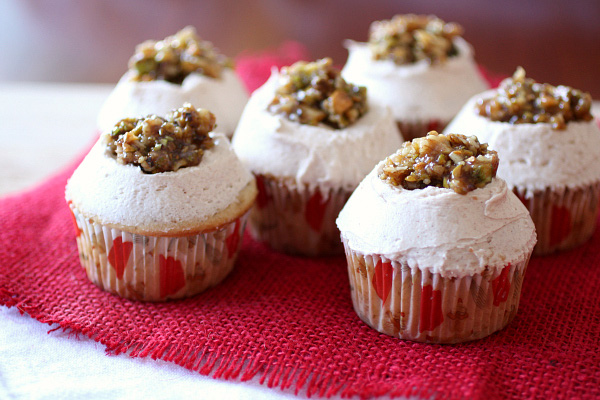 Baklava is a classic Greek dessert, but it can be a bit time consuming to put together. Layer after layer of flaky phyllo dough and sweet nut filling. Instead of going the traditional route, we simply took the flavors and turned it into a cupcake! A simple spiced cupcake topped with homemade honey cinnamon buttercream and a dollop of sweetened honey nuts. It’s delicious and beautiful!