Steak is one of those proteins you can have a thousand different ways. But one way to make it a slam dunk with the kiddies is to serve it up on a roll with a bowl of dip. 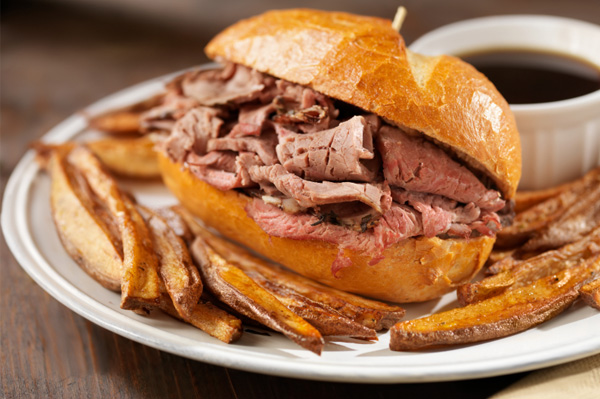 Every so often there’s nothing better than a nice medium-rare steak right off the grill. If you have a thick bernaise sauce to drizzle on top, even better. Unfortunately kids don’t get nearly as excited about a perfectly cooked steak as adults do. So when all you’re craving is a nice top sirloin, how in the world do you get those little mouths on board? Easy, turn that luscious piece of meat into a sandwich.

The French dip is one of the easiest sandwiches to make because all you’re doing is grilling up some steak, slicing it and placing it on a bun. But what makes the French dip unlike your basic steak sandwich is… well… the dip. It’s this same savory dip that makes this sandwich a slam dunk with the kids.