You don’t have to feel guilty about eating out when it’s free! These promotions from Maggiano’s Little Italy, Domino’s Pizza and Taco Bell are good enough to eat. 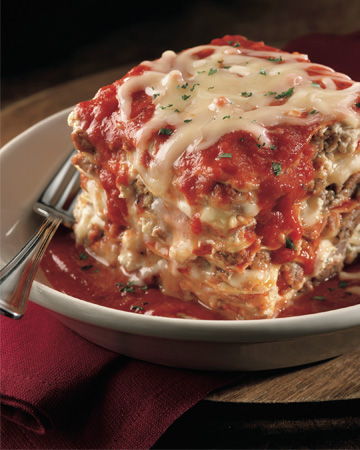 This week, take the strain off your pocketbook and take advantage of these opportunities to stuff your face for free!

Whether you’re craving a slice of pizza, a big bowl of pasta or a quick taco, it won’t cost you a dime. Forget the bagged lunches and indulge in some take-out instead.

Maggiano’s Little Italy has declared Monday, Oct. 22, National On the House Pasta Day, which is great news for you! When you dine at a participating Maggiano’s restaurant on Oct. 22, no matter what you order, you’ll get to take home a classic pasta meal, on the house, to enjoy later. Choose from dishes like four cheese ravioli, baked ziti and lasagna, and you’ve got tomorrow’s lunch all set. This promotion is a thank-you to all those that have participated in Maggiano’s “Buy One, Take One, Give One” campaign during the month of October, which supports Feeding America.

Did you know that October is National Pizza Month? Domino’s wants to help you celebrate by giving away half a million slices of pizza! On Tuesday, Oct. 23, (between noon and 2 p.m.) participating Domino’s stores across the country will each give away 100 free slices of their new Handmade Pan Pizza, featuring fresh, never-frozen dough. There’s no better way to sample a new product than when it’s free! 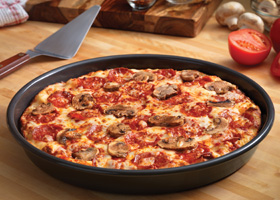 Not in the mood for Italian? Don’t worry — Taco Bell has you covered. According to the Huffington Post, Taco Bell will be giving away free Doritos Locos tacos during the World Series as part of their “Steal a Base, Steal a Taco” promotion. If any player steals a base during the first four games of the World Series (beginning Oct. 24), head to Taco Bell on Oct. 30 (between 2 and 6 p.m.) to collect your free Doritos Locos taco. If no bases are stolen during the first four games, the promotion extends to the last three games of the World Series, and you can get your free taco on Nov. 5 (between 2 and 6 p.m.).