When the cold weather hits, nothing tastes better than a nice home-cooked stew. And while beef, potatoes and peas are the common choice, a delicious stew can just as easily be made with pork and chilies. 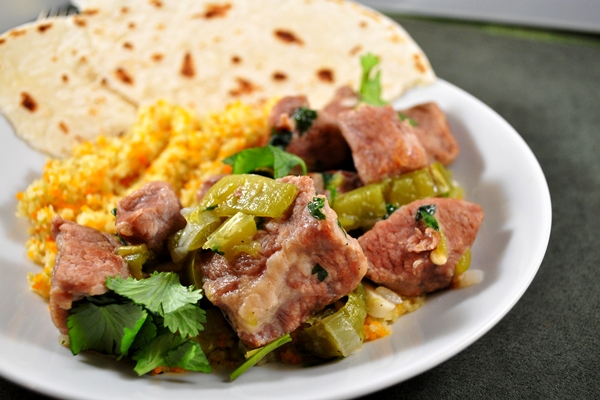 Stew is one of my favorite fall recipes. Although stew takes a while to make, there’s nothing more comforting than a big bowl of hearty beef stew. But sometimes I just don’t have the hours it takes to make a nice beef stew. So, when Food & Wine magazine had a stew that only took an hour, I jumped. It didn’t take as long to make because there were so few ingredients. But just because the stew had fewer ingredients and took half the time to make, doesn’t mean it lost any of that awesome stew flavor. It was still a big bowl of deliciousness, and one I will make again and again.