Grits are that classic Southern side dish that goes with everything from breakfast to dinner. But add some vegetables, and you turn that Southern side into a delicious main course. 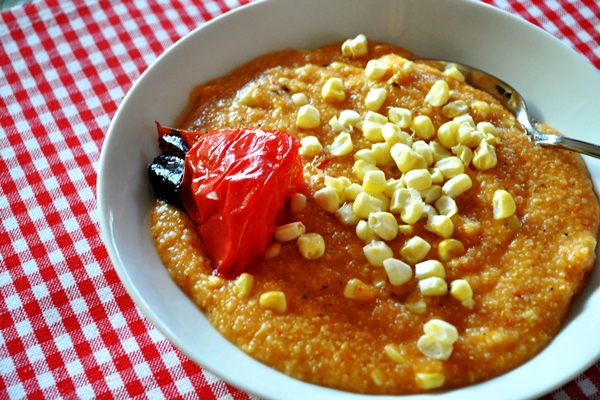 Grits are commonly found in every diner in the south as a complement to those yummy bacon and egg breakfasts. But don’t worry, if you’re not a Southerner and love grits as much as I do, they can also be found next to the oatmeal in your local supermarket. And while I’ve always considered grits a first thing in the morning food, Fine Cooking was nice enough to show me the error of my ways. Turns out grits don’t just have to be a small side to your morning meal, they can be the main course at the end of the day as well. Add some fresh tomatoes and corn, and this meal is a guaranteed fall favorite.