With fall officially upon us, now’s a good time to dust off the slow cooker and create a variety of meals that take hours to cook but only a few minutes to prepare. 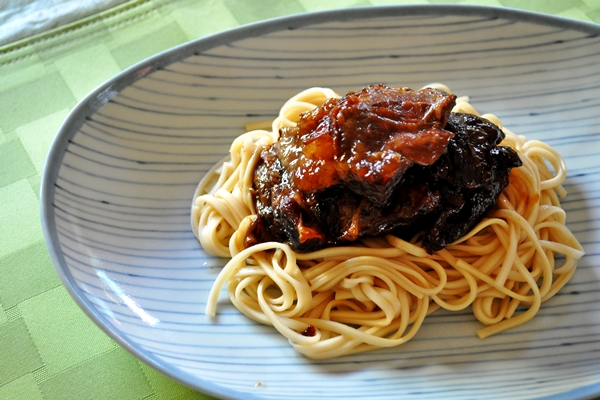 The slow cooker has to be one of the greatest cooking inventions ever made. Not only does it make cooking so much easier, it’s got to be every mother’s answer to how to make a satisfying meal while still getting the little ones tired. I have one, and I honestly don’t know how I made meat dishes before. It’s as easy as stirring up the ingredients in a bowl, transferring them to the slow cooker, placing your protein inside and setting it to cook for anywhere from three to eight hours. Then you can do the important things, like getting the kids to their various classes or making sure they get the wiggles out at the park, all the while knowing that when you get home, dinner will be ready to put on the table. Seriously, if you don’t have a slow cooker yet, add it to your holiday or birthday wish list. If you do have a slow cooker or Crock-Pot, however, one of the easiest things to make in it are short ribs. After a few hours soaking in whatever sauce you concoct, the meat is so tender, you barely need a knife to cut it. The only thing left to make is some rice or noodles to go with the delicious meat that’s just spent the entire afternoon cooking. And you barely had to lift a finger.