This summer, the country experienced one of the worst droughts in decades. Find out what that means for food prices in the coming year, and what you can stock up on now. 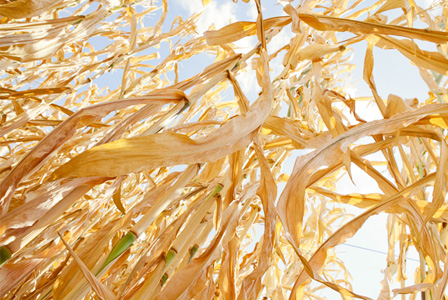 You probably noticed that this summer was hot — real hot. It wasn’t just your imagination. According to the National Oceanic and Atmospheric Administration, 2012 has been the hottest year on record for the U.S., with July clocking in as the hottest month in the northern hemisphere since weather records were first taken in the 1800s. With the heat has come the worst drought in decades, which is predicted to effect much more than just our electric bills.

Find out which are the most drought-tolerant plants >>

In the midst of this extreme heat, there has been a slight panic about its impact on consumer food prices. A July 2012 New York Times headline, one of many, read “Severe Drought Seen as Driving Cost of Food Up.” They note that the drought has affected 88 percent of corn crops in the U.S., which could have massive repercussions on everything from meat to milk prices. Prices for meat and dairy are predicted to rise up to 5 percent, which may not seem like much but could be particularly detrimental to low-income families.

The United States Department of Agriculture cautiously explains, “With the ongoing drought expected to destroy or damage a portion of the field corn crop in a number of states, an increase in the farm price of corn has already occurred and additional increases will depend on the extent of the drought. This will, in turn, affect the price of other crops, such as soybeans, and other inputs in the food supply such as animal feed. Any effect on U.S. retail food prices would depend on the severity of the drought and would begin to appear on supermarket shelves in the fall.”

Learn about the drought and food crisis in Sahel >>

Teresa McCarthy, associate professor of Marketing at Bryant University’s College of Business and an expert in Global Supply Trade Management, is hopeful. “While prices of [corn, wheat, rice and soybeans] have increased approximately 20 percent to 25 percent,” she says, “the U.S. consumer will largely be insulated from the impact of these increases.”

How could this be? “While corn and wheat are ingredients in many of the foods we eat,” McCarthy explains, “those ingredients only account for a small percentage of the retail price. Other costs include labor to process and sell the foods, transportation, packaging and advertising. For example, a 50 percent increase in corn prices will only impact food retail prices by less than 1 percent.”

Consumer-savings expert Andrea Woroch notes that since “meat is one of the main foods that will be affected by the drought” it doesn’t hurt to stock up now. She suggests buying in bulk from warehouse club stores and freezing it for later. Also, since produce prices are unlikely to be affected, it’s a good time to adapt a more plant-based diet. “If your family depends on meat in most meals,” says Woroch, “find meatless recipes online and incorporate veggies for a healthier and less expensive dinner.”

The take away from all this? Grocery prices are unlikely to rise sharply as a result of the drought. But if anything does go up, it will probably be the price of meat, so might as well stock up if you see a good deal now (always a good practice anyway!).