Paella is that classic Spanish dish that has a flavor all its own. Think it’s impossible to capture that flavor in your own home? It’s not. An easy-to-make sofrito is the key. 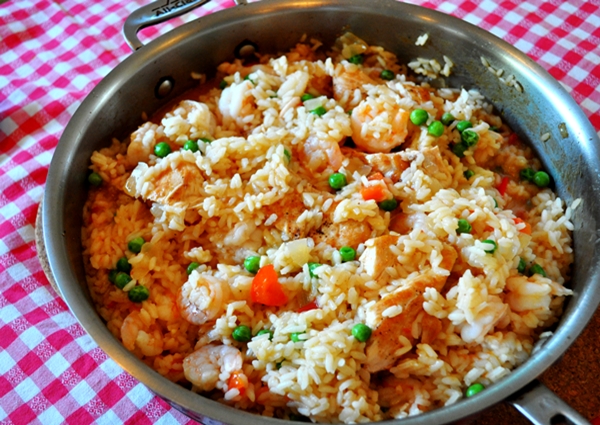 Paella is one of my favorite Spanish delicacies. The combination of rice, shellfish, meats and chicken is unlike anything else out there. Even risotto, which is a close relative, doesn’t come close to the smoky flavor found in a good paella. I’ve tried my hand at paella in the past, and there was always something missing. What was that something? Sofrito. According to Food & Wine magazine, sofrito is a mixture of sauteed vegetables that infuses the rice with a rich deep flavor. That flavor sent my tastebuds over the moon. This was what had been missing all these years from my paella. And the best thing about it, the sofrito only added a few extra minutes to my overall cooking time.

10 hrs ago
by Katherine Martinelli