When people hear gazpacho, they automatically think tomatoes. But gazpacho doesn’t have to have tomatoes in it. As long as it’s got vegetables and is a cold soup, you can make gazpacho out of almost anything. 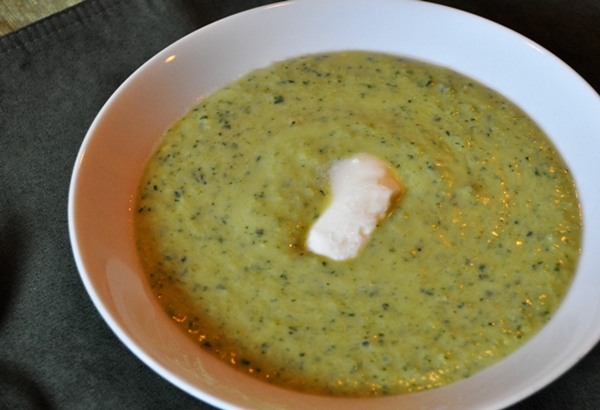 Southern California has been having a heat wave forever. OK, it’s only been a few weeks, but it seems like forever. It doesn’t matter where you live though, if the temperature reaches the triple digits the last thing you want to do is cook. So, it’s on these nights that I make salads or cold soups. When it comes to cold soups, one of my favorites is a gazpacho. Since you simply throw everything into a food processor or blender and puree, it also happens to be one of the easiest dinner options out there.

A year ago I made a cucumber gazpacho that was out of this world. It was so good in fact, I wondered what other green vegetables would make a good gazpacho. Well, Fine Cooking came to my rescue. They suggested green peppers and mint. It was even better than the cucumber version because this one had a little more bite to it. But whichever one you choose to make, both are delicious and quite refreshing during this late summer heat.