When a recent study concluded that organic food has no real health benefit over conventionally grown food, this always-hot topic got a lot hotter. 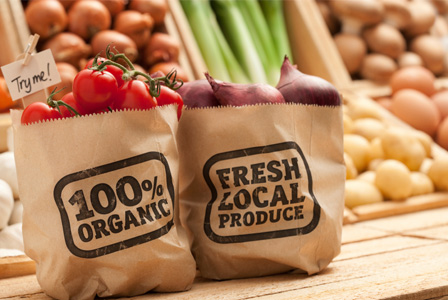 Despite what the controversial study is trying to say, that doesn’t mean that organic food isn’t worth the premium price for many people.

Organic foods account for 4.2 percent of retail food sales, according to the U.S. Department of Agriculture. This agency defines and certifies products as organic if they meet particular requirements — including being produced without synthetic pesticides or fertilizers, or routine use of antibiotics or growth hormones. In 2011, organic foods accounted for $31.4 billion in sales — a big number but still a drop in the bucket compared to nonorganic food.

For the Stanford study, which was released in the journal Annals of Internal Medicine, researchers analyzed 237 relevant papers. After scouring through all the data, they concluded that there was little significance in the health benefits between organic and conventional food. The results caused an uproar not just because of the conclusions but because of the way they were presented. Did the Stanford study (which focused on the nutritional value) really reveal anything earth-shattering? Most proponents of organic food know that the nutritional differences (or lack thereof) aren’t significant. However, it pays to buy organic for a number of reasons outside the nutritional value. Focusing on nutrient content alone misses the point of buying organic for many people. The study did confirm that the consumption of organic food reduces exposure to pesticides, synthetic fertilizers, hormones and antibiotics. And avoiding these toxins is important — especially for our children and pregnant women, who may be vulnerable to their effects.

And then there’s the environment. The environmental effects on nonorganic farming were overlooked or downplayed in the research as were the potential health risks of agricultural chemicals leaching into our ground water. Organic farming methods are geared to maintaining and replenishing the soil fertility without the use of any toxic chemicals. Organic farms aim to enhance biological cycles rather than destroy them. With local, organic farms, the food travels less — thus having a smaller carbon footprint.

The benefits of shopping local are also another reason why it pays to buy organic. When you purchase organic food from local farmers, you can get fresh, nontoxic food while helping to stimulate the local economy. Learn more about buying local produce.

When making the decision whether or not organic food is worth the extra cost for your family, consider not just the debatable nutritional differences, but also the effects of toxins on both the body and the environment. Also keep the benefits to the farmers and the local economy in mind!

Can’t afford to go completely organic? That’s OK. Let our organic shoppers’ guide show you why buying certain foods as organics is more important than others.

Do you buy organic? Why or why not? Share in the comments below!

Starbucks Just Committed to the Environment in a Huge Way