Cilantro is a wonderful herb that adds a delicious lemony flavor to several Mexican dishes. But why limit yourself to tacos or fajitas? Turns out cilantro makes a delicious sauce for chicken as well. 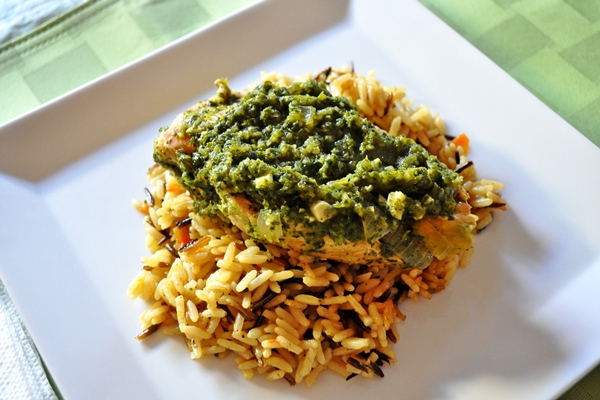 Cilantro is one of my favorite herbs. I use it as much as I possibly can, especially when I make tostadas, salsas or tacos. I don’t know what it is, there’s just something about the herb that brings a smile to my face. Maybe it’s the lemony flavor, maybe it’s the very distinctive smell. Whatever the reason, I just can’t get enough. But since I don’t make Mexican dishes every night, I don’t get to use the herb as often as I’d like. Thankfully Kristal over at Pier to Peer has a family recipe that sounded so heavenly, I just had to try it. I mean, it uses two bunches of cilantro. Two! And a recipe with that much cilantro was made for cilantro lovers like me.