We’ve all seen the big production at a restaurant when wine is decanted, but is it all just for show? Get a winemaker’s take on when wine should be decanted, if at all, and how it helps. 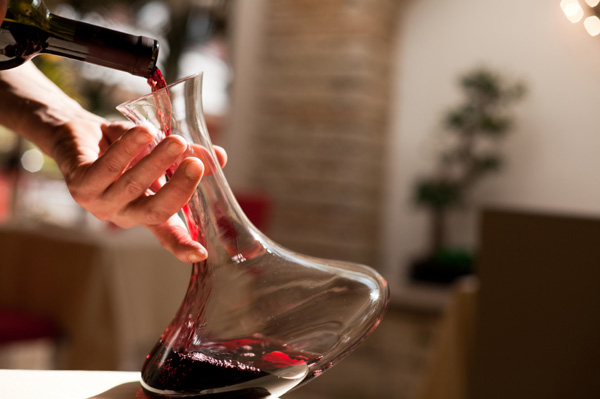 Andrew Murray, winemaker and owner of Andrew Murray Vineyards in Santa Barbara County, California, knows a thing or two about wine. Not only has he been making wine for 20 years, he’s earned consistent praise while doing it. Having received high acclaim from the likes of Robert Parker and Stephen Tanzer, and having been named Tastemaker of the Year by Food and Wine, you could say Andrew Murray is something of an authority. We had the chance to ask Murray for his stance on whether or not wine should be decanted. His candor on the topic is refreshing, with not a bit of wine snobbery in sight.

SheKnows: Do you decant the wine you drink? Why or why not?

Quick tip: Learn how to choose the best wine glass.

Andrew Murray: In general, I do not decant the wines I drink. I tend to open bottles and drink them over a couple of days. I enjoy trying the wines freshly opened and then I seal them back up with a screwtop or a cork and pop them back in the fridge. Keeping the wines cold after opening slows down the oxidation reactions that occur after opening the wine. Decanting a wine is simply simulating how a wine evolve/ages during the bottle aging process, albeit it in a quicker manner. It is designed to add years of age to a bottle in a matter of minutes or hours. If you decant, you typically will need to finish that bottle that day. I would rather taste the same wine over a few days to simulate a few different “ages”… from young to older and sometimes a bit too old if you keep the bottle too long.

Another reason to decant is to gently get the wine out of the bottle while leaving behind any sediment that may have developed during aging. Older, naturally made wines benefit from this type of decanting.

SheKnows: As a winemaker, do you feel the wines you produce would benefit (or not) from decanting?

Andrew Murray: To me, the decanting decision is a personal one. Some folks like wine with a bit more age, and some people prefer younger, richer, fruit forward wines. The problem with decanting is that proper decanting takes longer than most people think. Just pouring wine in a decanter is not enough and often folks do not leave the wine in the decanter long enough or with enough headspace to allow extra oxygen integration. One should plan on using a magnum decanter to decant a single 750mL bottle to allow the extra air, and plan on about 30 minutes as a minimum. So, would my wines benefit? It depends on one’s tastes and desired results. But, if pressed to answer yes or no, I would say yes, our wines would benefit from some level of decanting.

SheKnows: Is leaving a bottle open for a day or using a wine aerator, like Vinturi, a good practice?

Andrew Murray: I have used the Vinturi a few times with great success. In general I believe that wine should only need glasses, not decanters and corkscrews and such. But, I have enjoyed the results of the Vinturi enough that I even have one at home. The great thing about these devices is that you can aerate just the amount that you intend to consume, saving the rest in the bottle for later. Opening a bottle for a day can be a good thing, but you have to pour out a bit to make sure that the wine has some headspace for air.

SheKnows: So what’s the final say when it comes to decanting wine?

Party tip: Check out these tips for hosting a wine and cheese party.

Andrew Murray: The bottom line with wine is that there are no fast and easy rules in my opinion, which makes wine so fun. My advice is to make your own rules, based upon your tastes, not someone who is trying to intimidate you or put their rules onto your own wine discoveries. But, just know that when you are eating in a fancy restaurant and the fancy sommelier serving the fancy wine at the table next to you gets the request to decant a wine that the fancy couple just ordered, you can let out a wry smile because you now know that wine will most likely not ever be in the decanter long enough to actually benefit from decanting. But it sure looks cool!

Watch: How to select the right wine glass

Learn how to select the right glass for your wine in this video.

Top 10 things to do with wine besides drink it
Charitable wines: Cheers for a cause
How to travel with your wine