Making a spiral fried potato is easier than you think and a fun way to give your plate some pizzazz. You’ll never have to hit the drive-thru for curly fries again. 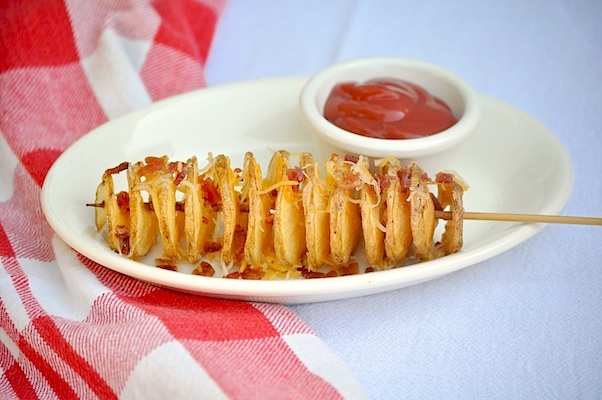 Pep up those boring potatoes by putting them on a skewer and spiral cutting them. After frying, fill the spirals with cheese, sour cream, bacon bits or any other tasty potato topping you can think of. Potatoes never tasted so good!

Note: Smaller potatoes are easier to cut and fry more quickly. Use as small a pan as possible to conserve oil.