Hungry for the latest food updates? Check out these bite-sized portions of food news, which are hot off the griddle. 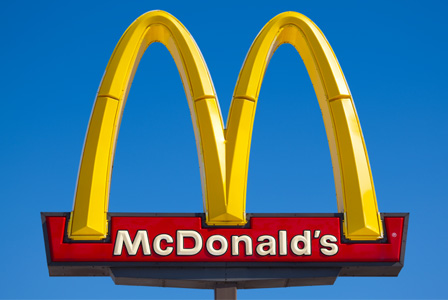 If you like curly fries, here’s something to get your taste buds in a twist — McDonald’s is offering its curly, seasoned fries known as Twister Fries… but you’ll have to be in the Philippines to enjoy them.

The company breaks out these fries seasonally, but only in the Philippines, where customers are lucky enough to get their hands on these curlicued potato pieces for just three weeks.

What are your thoughts on McDonald’s Twister Fries? Would you order them if they were on the McDonald’s menu where you live, or would you stick to the straight-and-narrow fries you know and love?

Will you bolt to McDonald’s?

Speaking of the Golden Arches, who knew McDonald’s food could be the fuel of Olympic gold?

You may have heard a lot of talk lately about the food Olympic athletes eat when they’re in training for competition, but do you know what Jamaican sprinter Usain Bolt had to eat the morning of his gold-medal-winning 100 meter race this week? That’s right… part of his meal was direct from McDonald’s menu.

When asked about what he ate the day of his race, Usain said, “I had some plantains, some hash browns, fruit, then a wrap from McDonald’s.”

Toast the Olympics with this summer Pimm’s Cup cocktail >>

Usain noted that the wrap “had vegetables in it, so don’t judge me.” Bolt must be a fan of the chain’s food because he also said that he’s had “a few nuggets” from McDonald’s while staying in the Olympic village. Golden Arches, gold medal… coincidence?