Break out the marshmallows, graham crackers and chocolate… and don’t forget the raspberries! Leave the campfire behind and make these s’mores-n-berry bars to celebrate National S’mores Day! 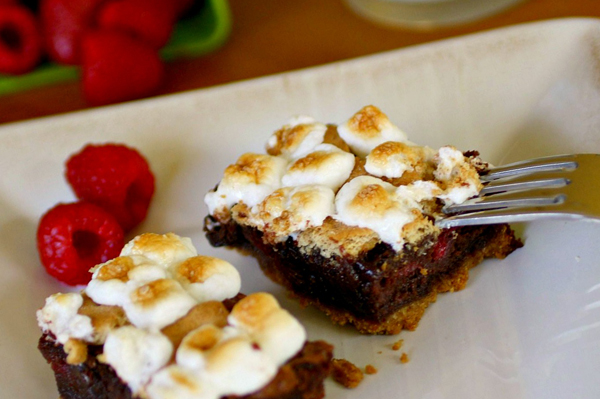 Who doesn’t love a s’mores treat? They bring back childhood memories, they can create new memories, and, um… they taste amazing! But don’t worry — you don’t have to head to the campsite to enjoy them. This recipe for s’mores-n-berry bars is baked in the oven and has the added sweetness of fresh raspberries. What could be better?

Recipe courtesy of Grab a Plate

For the brownies and topping

What s’more could you want to celebrate?