Americans love their Mexican food, whether from a tiny taqueria or a major chain like Chipotle or Taco Bell. But did you know that what we call Mexican food is really Tex-Mex? This hybrid cuisine has been popularized in the states that border Mexico (like Texas, New Mexico and California) and is really an American invention. 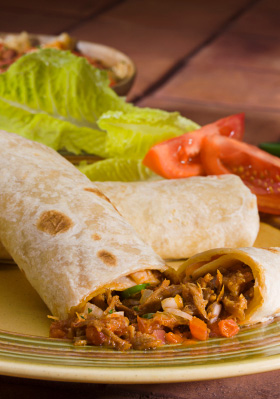 Burritos do originate in Mexico, but they look a lot different than their American counterparts. In the U.S., burritos are typically monstrous things, a large flour tortilla wrapped around a myriad of fillings, including rice, beans, meat, cheese, sour cream, salsa and guacamole. In Mexico they are far more common in the North than the South, and are called “tacos de harina,” which means “wheat flour tacos.” They are smaller and have fewer fillings, sometimes only refried beans and/or meat. 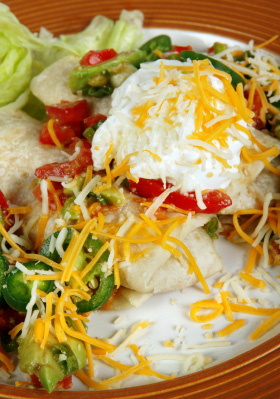 Essentially a deep-fried burrito, there is some debate over whether the chimichanga was invented in the U.S. or Mexico. Whatever the case, the greasy dish experiences much greater popularity in the U.S. than in Mexico, where it is a regional specialty of Sonora. Americans stuff them full of the same ingredients as a burrito and also sometimes top them with additional cheese, sour cream and/or sauce.

Get inspiration in the kitchen with these (American) Mexican recipes >> 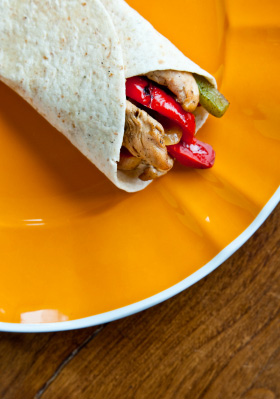 The first appearance of fajitas, the popular dish of grilled meat and/or vegetables served with warm tortillas, wasn’t until the 1970s. It originally referred to grilled skirt steak (a cut of meat that used to be discarded) served with tortillas. Today in the U.S. it has evolved into a dish served most often on a dramatic sizzling platter along with rice, sour cream and salsa. 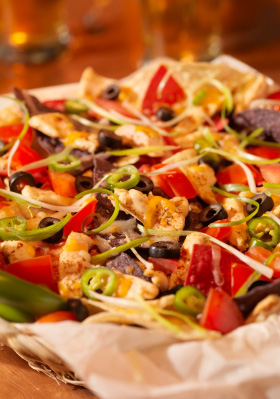 One of the most popular bar foods today, nachos were in fact invented in Mexico — but for Americans! The maître d’ of a Mexican restaurant came up with it for a group of Army wives in 1942 when they stopped by the restaurant wanting to eat after it had closed for the day. It quickly gained popularity among the American crowd and was an instant hit in Texas. 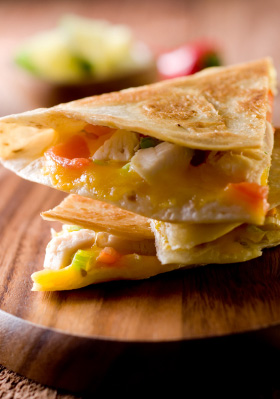 Deriving from the Spanish word for cheese (queso), quesadillas are a popular snack in both Mexico and the U.S. and are fairly similar in both places. In Mexico, it tends to be made with a corn tortilla folded over melted Oaxaca cheese and served with guacamole, salsa and sour cream. In the U.S. the major difference is that they tend to be flour tortillas and are often filled with a generic “Mexican” cheese mix or Monterey Jack. 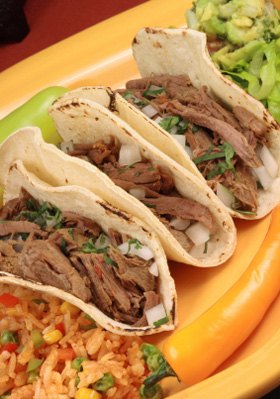 Tacos are a traditional and authentic Mexican dish with a lot of regional variation in the fillings. In Mexico they are most often made with soft corn tortillas, while in the U.S. they tend to feature soft or hard flour tortillas. American versions typically have more cheese and sour cream than their Mexican counterparts.