We may not be competing in the London 2012 Olympics, but we can certainly live — and eat — vicariously through the elite-level athletes. Instead of simply asking a sports nutritionist to give us top diet tips to train like an Olympian, we turned to four female Olympians to get the dish on how they eat and what they eat. 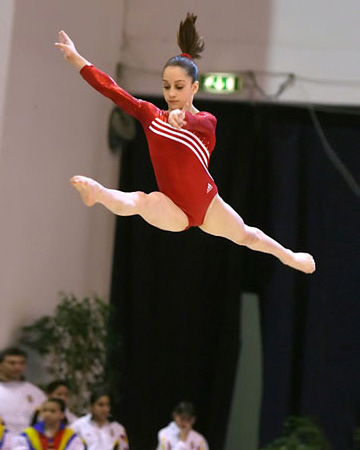 The reigning world gymnastics champion Jordyn Wieber, who is part of Team Kellogg’s, has three diet rules she follows.

It’s never too late to eat healthier, but it’s also never too early. And according to Wieber, the earlier the better. “I developed good eating habits at a really young age, which makes it easier to maintain as I get older,” she explains. “If I want a snack, I won’t go grab junk food. Instead I’ll snack on fruits or some veggies.”

Before a competition Wieber eats a salad or a few pieces of chicken to give her energy without being too heavy.

After a competition she likes to eat sushi — it’s her favorite food, and California rolls are her favorite!

Maintain a balance of eating right and exercising

Though you may think Olympic athletes are extreme in their training — overdieting and overexercising — Wieber credits balance as the key to fitness. She doesn’t overdo on diet or exercise. “I feel like it’s important not to go too crazy with one or the other,” the Olympian says. “If you maintain a healthy balance of both eating right and exercising regularly, you’ll stay healthy and fit.”

Want to eat like a gold medal athlete? Then start your day with a healthy meal. “It’s important for me to have a solid breakfast, and I have to make sure that I get most of my carb intake in the morning,” states Wieber. “Right now I’m training two times a day — in the morning and then in the afternoon. If I don’t have a big bowl of cereal with milk (Kellogg’s Special K and Kellogg’s Crunchy Nut are my favorites), I won’t be strong enough or have the energy that I need for my workouts and training.” Since nutrition is integral to Wieber’s training, she is excited to be part of Kellogg’s Olympic campaign, From Great Starts Come Great Things. Fans can take a behind-the-scenes look at the gymnast’s start story at Kelloggs.com/teamusa. “I am also going to be featured on my own box of Corn Flakes this summer, which is so exciting!” Wieber adds.

Up next: Georgia Gould’s diet tips >>

8 hrs ago
by Kenzie Mastroe