France is considered by many to be the birthplace of gourmet cuisine, which Julia Child introduced to millions of Americans in the 1960s with her seminal cookbooks and spirited TV show. 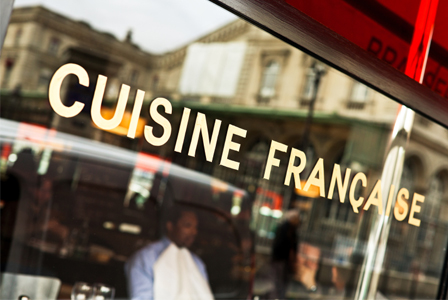 But whether or not you know the provenance of a roux or what’s in bearnaise sauce, there are plenty of “French” foods that have snuck into the American repertoire. But just how French are they, anyway?

Have you ever wondered if French fries were really invented in France, or what they call French onion soup in Paris? Find out how our perception of French food compares to the real thing and have some impressive trivia for your friends and family this Bastille Day.

Get inspired by our collection of French recipes >> 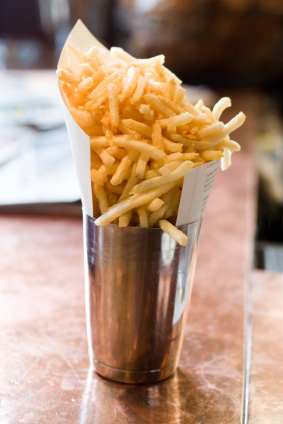 You may be disappointed to learn that French fries were not, in fact, invented in France. Belgium lays claim to this culinary innovation. Some credit Thomas Jefferson with coining the term when he referred to “potatoes served in the French manner” in 1802 (apparently the term French fried was used at the time to refer to anything that was deep-fried). Despite the fact that they are not, in fact, French, fries are still very popular today in France, where they are called pommes frites. 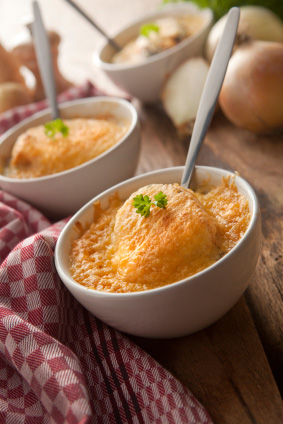 In contrast, French onion soup is actually from France originally. According to Wikipedia, “although ancient in origin, this dish underwent a resurgence of popularity in the 1960s in the United States due to a greater interest in French cuisine.” Traditionally made with caramelized onions and beef stock and topped with toasted bread and melted gruyere cheese, in the U.S., you’ll often find all manner of cheeses on top. Should you end up in Paris, look for soup a l’oignon on menus (simply onion soup). 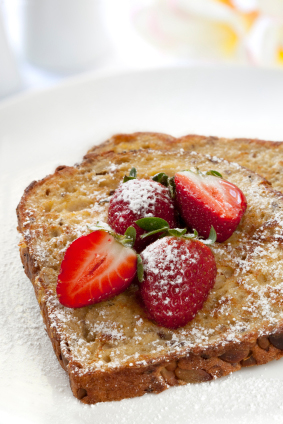 French toast has much murkier origins, but it can actually be traced all the way back to ancient Roman times! Some say it is a French invention, where it is called pain perdu. Traditionally in France, as well as England, Spain, Germany and other countries, it was a way to put stale bread to good use. In both the U.S. and France, stale bread is typically soaked in a mixture of eggs, milk, sugar and, sometimes, cinnamon and vanilla before being fried and served as brunch fare.

Check out this recipe for classic (American) French toast >> 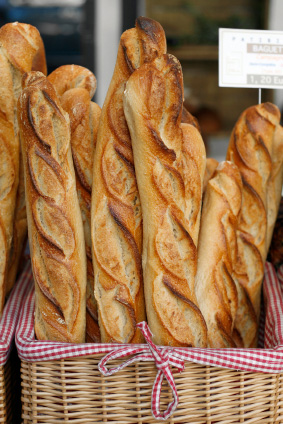 The French are known for their baking, and bread is elevated to a work of art. In the U.S., you can often purchase a loaf of “French bread,” but this is a far cry from the crusty baguettes that the French are so proud of. Many American bakeries have learned the secret of the baguette, however, which is considered the true French bread and an emblem of French culture.