Small kitchen appliances are great, although sometimes they can take up precious cupboard space. The nice thing about this Meatless Monday recipe for avocado, mozzarella and sun-dried tomato panini is that it’s tasty and can easily be made with a panini press… or not! 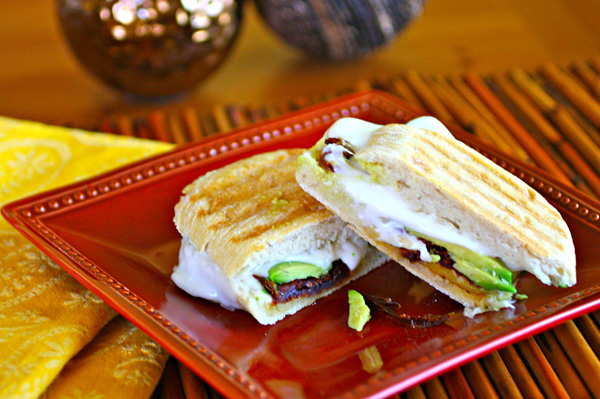 The pressure is on

Panini sandwiches are popular for their great taste, portability and super flavor combinations, thanks to any number of ingredients you can add to make a flattened, grilled sandwich. These sandwiches make great meals from breakfast to dinner, and you can get them together in no time.

If you’ve ever felt the pressure to get a great-tasting, meatless meal together in a jiffy, panini sandwiches are a great solution… whether or not you own a panini press.

If your kitchen is bursting at the seams and couldn’t possibly contain one more appliance, but you really want to make a panini-type sandwich, don’t fret — there is an easy solution! If you have two skillets and four canned goods, you can make a pressed sandwich without the panini maker:

Whether or not you have a panini press, this Meatless Monday recipe is delicious!

There’s no pressure to get a great, Meatless Monday meal together with this recipe!