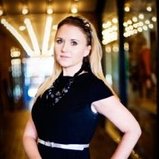 The rocket’s red glare won’t be the only awe-inspiring sight this Fourth of July — imagine the amazement and awe when you bite into a candy bar and see the broad stripes and bright stars of the American Flag! These red, white and blue layered candy bars are sure to be a great hit at any barbecue. They may even outshine a few fireworks. 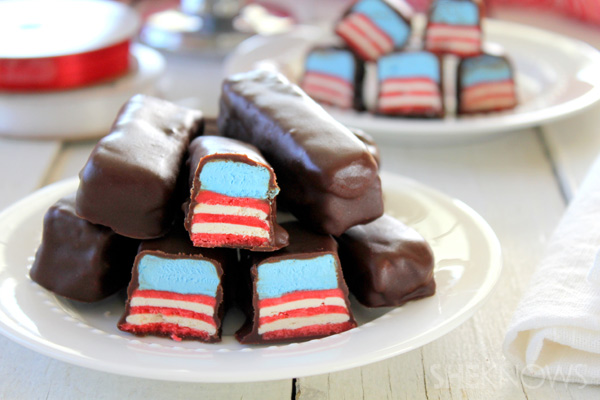 Begin by making the nougat

Put the sugar, syrup and water into a small saucepan and place over a medium heat. Stir until the sugar is melted. 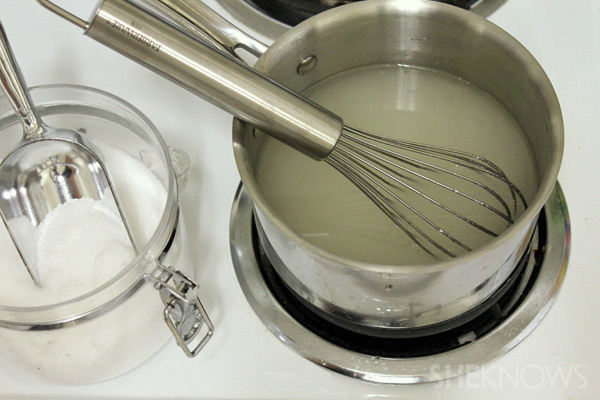 Turn heat to high and continue to cook until the mixture reaches 248 degrees F, or until it forms a firm ball when dropped into cold water.
While the syrup is cooking, beat the egg whites until they form stiff peaks. 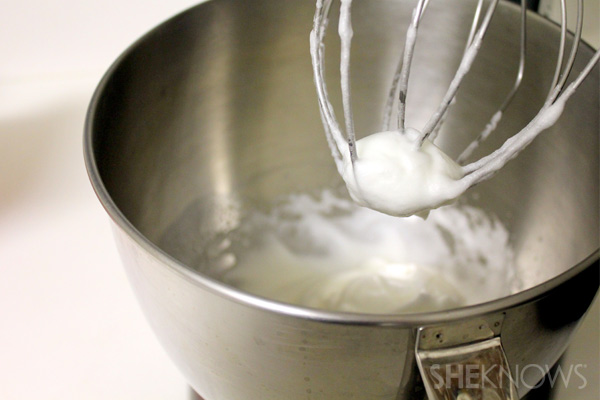 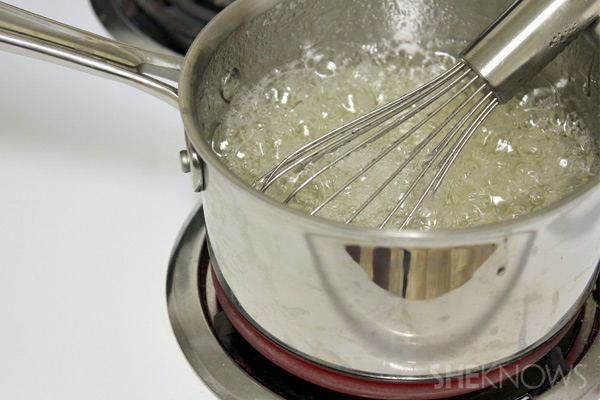 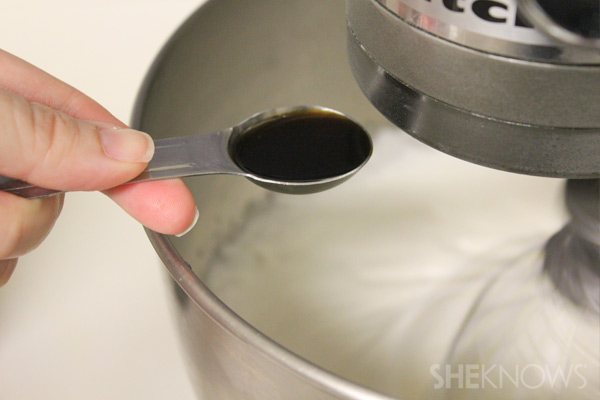 Turn the candy onto a buttered slab or platter. Allow to cool. 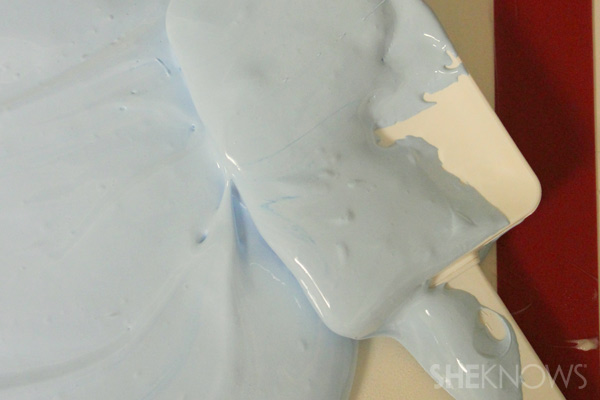 Cream together the butter, sugar and vanilla. Beat until just becoming creamy in texture. Beat in the egg until well combined, making sure to scrape down the sides of the bowl. Add the sifted flour and mix on low until a nonsticky dough forms. Divide the dough into five pieces. 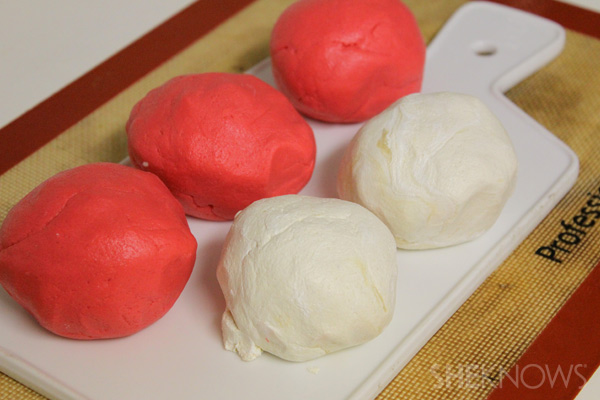 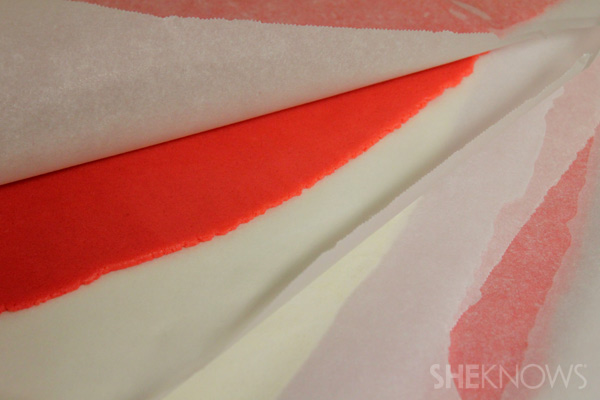 Roll out each portion between parchment paper to a thickness of about 1/16 inch. Refrigerate for a minimum of 30 minutes.
Once chilled, peel off parchment, and stack the layers. 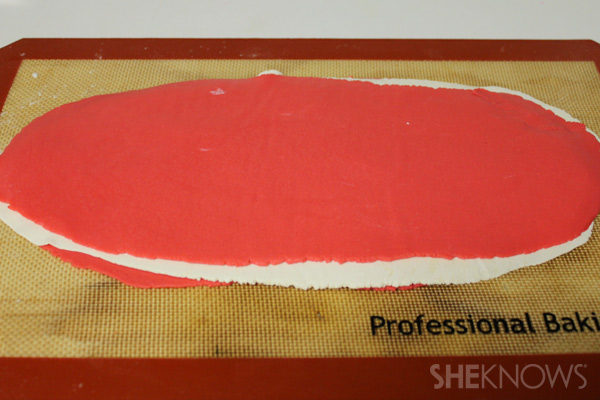 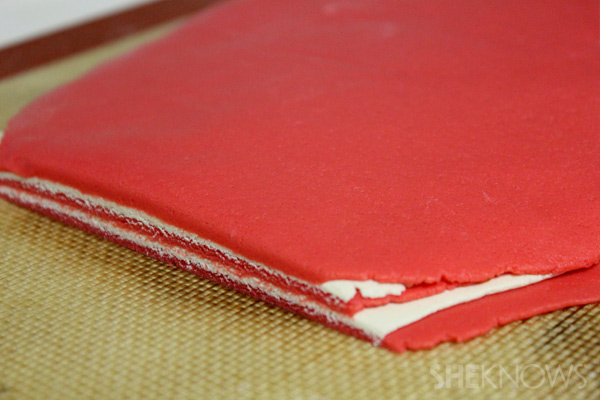 Pierce each cookie four or five times with a chopstick or the base of a thermometer.
Arrange shapes on parchment-lined baking sheets and refrigerate for another 30 minutes to an hour. 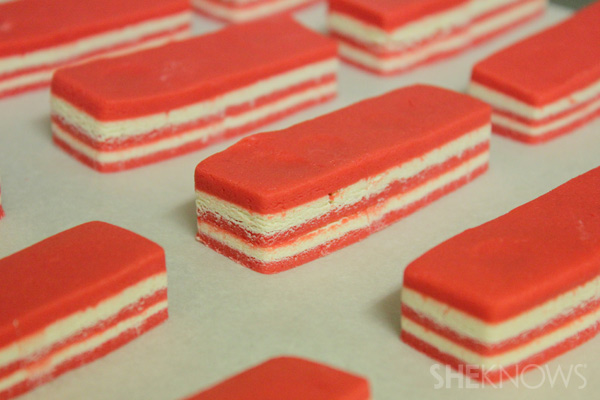 Preheat oven to 350 degrees F. Bake until golden around the edges, about 8-15 minutes, depending on the size of the cookies.
Leave to cool on racks.
3

Dust nougat with powdered sugar and cut the nougat into the same shapes as the candy bars and stack on top. 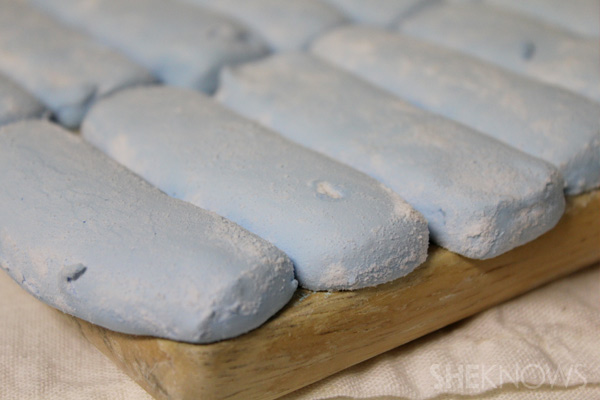 Place two-thirds of the chocolate in a double boiler. Melt slowly to 107 degrees F. Remove from heat and stir until it reaches 110 degrees F. Add in remaining one-third of chocolate and stir to combine until the mixture reaches 90-93 degrees F. Use immediately.

Place a candy bar on a fork and proceed to spoon the tempered chocolate over it, covering completely. 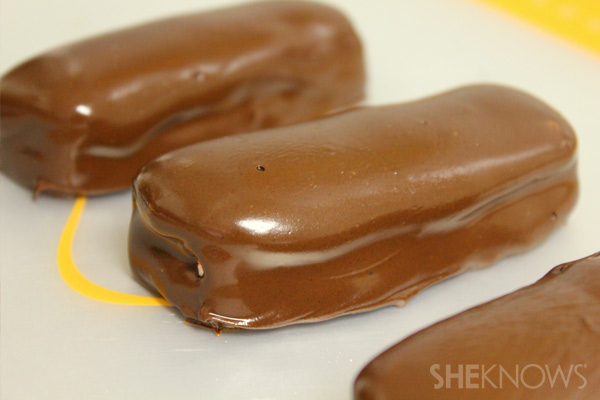 Repeat with the remaining candy bars. Place the cookie sheet in the refrigerator to set the chocolate.