It seems like every celebrity chef has a line of pots and pans these days. But they are putting their names on so much more. Here’s a look at the best and worst of celebrity chef kitchen products: 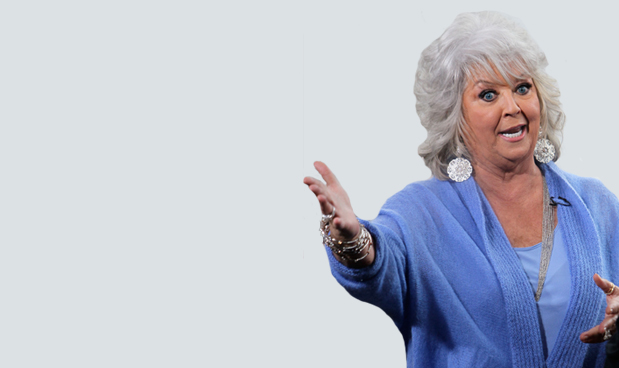 From
chefs’ kitchens to yours

It seems like every celebrity chef has a line of pots and pans these days. But they are putting their names on so much more. Here’s a look at the best and worst of celebrity chef kitchen products:

A stove-top butter warmer (official color name: butter), chicken fryer (color: butter) and stainless-steel deep fryer — these are the kinds of things we’d expect from Deen, and she delivers.

But her product line runs much deeper to include ornate pewter measure cups on a stand for display and dinnerware in a handful of patterns that salute the south, including peaches and a blue-and-white floral print. There are also knives, pots and pans and plenty of edibles, including seasoned peanuts, pecan pie and spice rubs. A broader line of packaged foods is coming to mass retailers this fall. 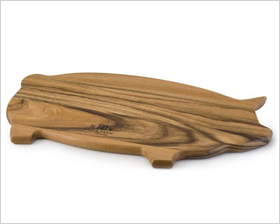 This pig-shaped cutting board is the perfect way to serve your favorite charcuterie. 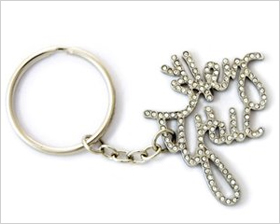 A bedazzled keychain that reads: Hey Y’all. Where did this come from?

It’s no secret that this media maven also has quite the product empire. You know about Ray’s trademark orange-handled knives and her bright and glossy pots, pans, bakeware, stoneware and serving pieces. But did you know that the scope of Ray’s empire includes premium dog food called Nutrish? 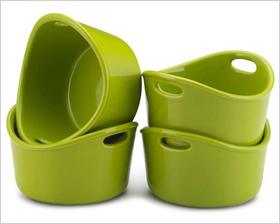 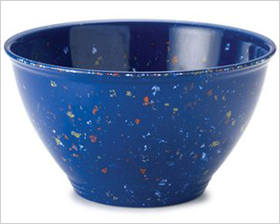 During her cooking segments, Ray loves using a so-called garbage bowl — a bowl that holds scraps and trash and is meant to cut down on trips to the garbage can. She also sells that melamine garbage bowl with a rubber base for about $20. While many of her products are clever, this one just makes us think: Really?! A bit opportunistic, if you ask us. If you’re burning up time with trips to the trash can, any mixing bowl that you already own will do just fine.

This cooking show host and food writer sells a slice of her English life with understated yet charming everyday bits for the kitchen, sold in the U.S. on amazon.com. Picture nesting mixing bowls and ombre-hued measuring cups; ceramic espresso cups and saucers in curvy, organic shapes; biscuit tins and cake stands. We can even hear Nigella’s voice in each product description. Here, a snippet from her spoon rest with space for two utensils: “Saves you getting custard in your stew.” Charming, indeed. 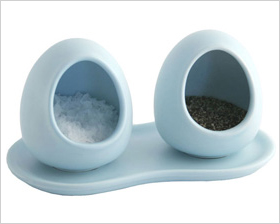 These tiny stonewear salt-and-pepper pigs, called piglets, are a stylish and practical addition to the countertop near the stove. Would make a great gift along with some fancy salt and pepper. 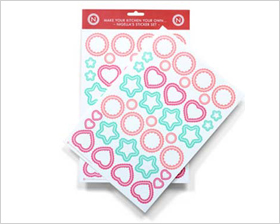 Nigella has a few pieces of kitchen-related stationary and food-label stickers adorned with bubbly hearts and stars, which look more like they would appear on a fourth-graders notebook than a jar of heirloom tomatoes from your garden.

This sharp-tongued chef, restaurateur and TV host has a U.K.-line of appliances, including a hand blender, stand mixer, a waffle maker and griddle. He also teamed up with Royal Doulton to offer clean, white restaurant-esque dishes, serving pieces and stainless steel cookware. In the U.S., you’ll find his line at Kmart with straightforward pots, pans, knives and appliances. 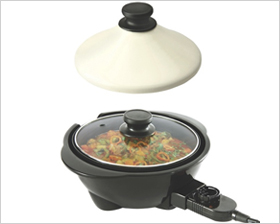 We hardly need more slow cookers in the world, but Ramsay offers one with an interesting twist — it has a tagine top. A traditional tagine is a heavy clay pot used to cook Moroccan dishes, and the cone-shaped top helps with the braising process. Ramsay’s version stays cool to the touch at the base. 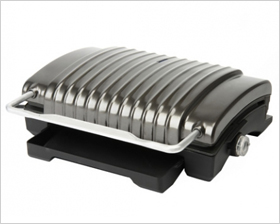 Ramsay always knows how to cut through the fluff and frippery, so we wonder what he’d honestly have to say about his haughtily named health infusion grill — or, as the rest of us would call it, a panini press.

You know about his love for and collaboration with Crocs — Batali has an orange pair of the rubbery slip-ons in his name. But he has also collaborated on pepper mills, wrist watches, wine and — get this — even wood-fired pizza ovens for your backyard. As you’d expect from the accomplished chef, he offers pots, pans and jarred pasta sauces, too. 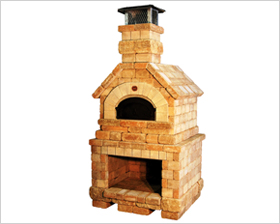 At roughly $5,000 to $15,000, Batali’s wood burning brick ovens are a luxury, but we like where his head’s at. It’s fun to think that you could turn your backyard into a private Pizzeria Mozza — Batali’s trendy pizza spots in Los Angeles and Singapore. 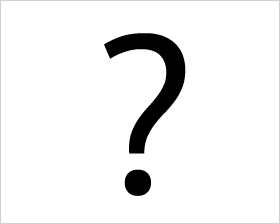 Nothing much to roll our eyes at here. His cookware is pretty straightforward, and even his collaboration with watchmaker Ernst Benz, which might seem out of place, is for a cause. It benefits the Food Bank for New York City.

More ideas for the kitchen