You’ve likely seen the commercials where the united corn people of America have tried to erase all the negative connotations High Fructose Corn Syrup (HFCS) has gotten in the last few years and attempt to convince us that this product is just good old sugar. Unfortunately their efforts have been futile and the FDA agrees. 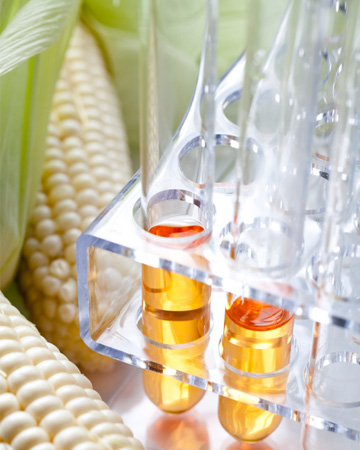 A recent attempt to change the name was rejected, so we thought we’d lend a hand to help find them a name that the FDA might actually like.

High fructose corn syrup has made its way into just about every processed food you can think of and,  thanks to the negative press it has received of late, it is slowly making its way back out. Studies have shown that this processed sweetener is a known neurotoxin that contributes to obesity and diabetes among other things. The Corn Refiners Association says it isn’t so and that this so-called natural product is no different from any other sugar. To further prove the point they recently petitioned to change the name to “corn sugar.” Luckily the FDA wasn’t having it. But if we were sitting on the FDA board of name changes, we would have made a few suggestions of our own.

If it looks like corn, tastes like corn and comes on a cob, it must be corn right? Right. But if it tastes like sugar, looks like syrup and doesn’t even come close to resembling a kernel, what exactly is it? That’s what we want to know and a big reason the FDA slapped down the name change. Calling the product corn sugar suggests that it is natural and well, there is nothing natural about chemically altering something to taste like sugar.

There’s a good chance that if you are consuming HFCS, you are eating processed junk food that will ultimately lead to your calves swallowing up your ankles and melding right into your feet in a way that no one will be able to figure out where one stops and the other starts. If you don’t want to start replacing your anklets with their larger cousins — necklaces, we suggest steering clear of this sweet syrup. We’re confident that if cankles were included in a warning label on the product, most people would step away.

Also known by its other name and subsequent side effect, ADD. Take down a few soda pops, a bowl of cereal and a few pieces of white bread and the sugar high will transform you (or your child) into every teacher’s worst nightmare, that is until you lapse into a diabetic coma. You know what tastes sweet, won’t require a surge of insulin and will reduce your dependence on Ritalin? An apple.

Is the food your child eating causing bad behavior? >>

We like to think of HFCS as a cocktail that doesn’t get you drunk, just fat. Alcohol gets a bad rap for ruining lives, causing addiction and eating away livers. HFCS sounds eerily similar, except it’s your pancreas that’s in trouble along with your thighs, although your liver probably isn’t too thrilled either. The new happy hour results in half-off obesitinis and double the weight gain.

Could cutting out high fructose corn syrup save your life? >>

Let’s just get straight to the point. Heart disease is the number-one killer of women, obesity is running rampant, cancer is everywhere, kids are being diagnosed right and left with ADHD and all the while we are still filling our mouths with junk. There is nothing sweet about premature death, clogged arteries or a muffin top. Perhaps if we named our ingredients to reflect what they are actually doing to us instead of giving them names that sound edible, we’d all be a lot better off.

We’re with the FDA on this one. Hindsight is 20/20, and we’re guessing the Corn Refiners Association is wishing they would have thought twice before naming this product in the first place. Attempting to change the name now is just insulting. Consumers aren’t that ignorant. Instead of trying to change the name, how about, oh, coming up with a new product that doesn’t kill people? We’re not trying to hate on the corn farmers. We just prefer our corn on the cob or freshly popped. Stick to what you’re good at and, in this case, it’s growing corn, not sugar.

What would you name HFCS if you had the chance? Do you think more transparency in food labeling would cause people to think twice before they ate it?