Just in time for Father’s Day and Fourth of July, a dessert that combines everything American: apple pie and bacon! Make one for dad, a grad or a picnic crowd. 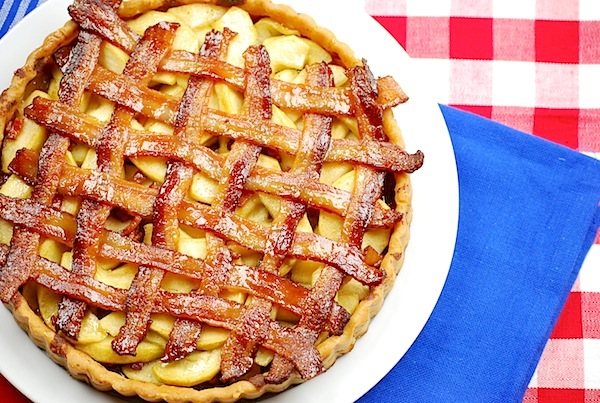 Does a recipe with the words “bacon dust” make your mouth water? If so, this pie, which is full of bacon at every turn, including — that’s right — bacon dust rolled into the crust, should have you drooling. This salty and sweet combination might seem a bit odd, but one bite will have you hooked.

20 hrs ago
by Heather Barnett

Onions in 34 States Recalled for Salmonella

5 Ina Garten Side Dishes That Are Perfect for Summer