A lot of home cooks “steer” clear of cooking their own steaks — not because they don’t know how, but because it’s costly and rarely tastes as good as the meat at your local steak house when you’re finished. 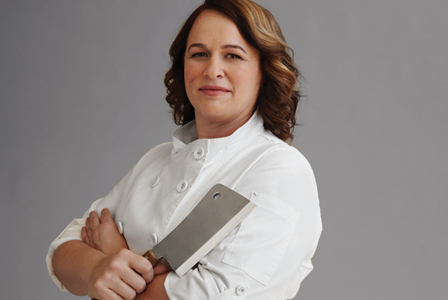 That’s not because you’re not as good at cooking the beef, though. It’s because you don’t have the know-how to choose the right cut for the right dish.

Butcher Kari Underly, author of The Art of Beef Cutting: A Meat Professional’s Guide to Butchering and Merchandising, offers comprehensive tips for the pros in her handy guide, but there’s plenty of info that’s just as good for the home cook. (And if you’re a foodie, it’s a beautiful coffee table book, as well!)

Does your beef make the grade? 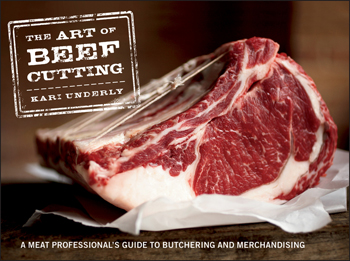 The U.S. Department of Agriculture (USDA) has established a quality grading system for beef sold here. Believe it or not, this rating system is a voluntary program paid for by people in the industry!

Without going into too much detail, the rating is based on the amount of marbling (the white flecks of fat in the meat). The more marbling, the higher the grade because this is the beef that’s the most tender, juicy (and yummy). Pay attention, because this comes from the experts themselves!

Your beef will be marked with a sticker or symbol that gives the grade. If you buy from a butcher instead of the meat case at your local market, you may have to ask.

A cheapskate’s guide to buying beef

OK, now you have to be asking yourself how to solve the original problem — a good steak is expensive! Sure, high-quality steak is more expensive than the ground stuff. But you should treat yourself on occasion — that doesn’t mean you have to give your money away for no reason. These tips will help you spend as little as possible while still getting the right cut for your recipe.

Your butcher is your bestie — get to know a local butcher. A lot of grocery stores have great butchers, but don’t be afraid to check out a real butcher shop if there’s one close to you. Not only are these guys and gals experts, but they’re competing with grocery stores, so it’s in their best interest to make sure you get the best meat for your recipe without breaking the bank. Sometimes they’ll be more expensive, but you won’t buy a cheapo cut that will ruin your dinner.

Pack on the pounds… per serving — Power shoppers are used to paying attention to the price per serving, but be aware that with beef, that doesn’t equate to poundage. Just because a cut is cheaper per pound, doesn’t mean it’s cheaper per serving. Much of the poundage could easily be based on fat or bones.

Look for color and texture — buy cuts that are light cherry in color (not deep red or, worse, gray-ish). The meat should be firm to the touch and have a fine texture.

Don’t chuck the bones — if the cut you choose has bones, save them for later. They make excellent stocks or soup bases.

Is DIY right for you?

A lot of serious foodies these days are taking matters into their own hands. You can even buy a meat-grinding attachment for your favorite stand mixer. As trends like whole animal cooking and at-home butchery become increasingly popular, home cooks will be scouring the web for the right info to make sure they’re doing their former butcher proud. Just another reason to check out Underly’s book!

Kari Underly is a third-generation butcher who’s appeared on the Food Network’s Unwrapped and authored a beautifully illustrated guide to butchery, The Art of Beef Cutting: A Meat Professional’s Guide to Butchering and Merchandising. Despite the title, the book is a great reference for serious home chefs, too! As a woman in a male-dominated field, she continues to follow in her grandmother’s footsteps by taking it to the next level — as an educator, expert and marketing specialist.