A recent study found higher-than-normal levels of radioactive material in fish caught after the Japan earthquake. 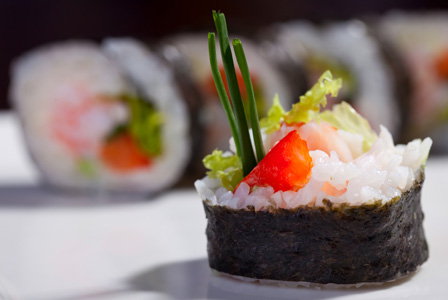 The catastrophic earthquake that hit Japan more than a year ago caused a devastating path of destruction complete with heavy damage, fatalities and one of the largest nuclear scares we have seen. Long after the streets have been cleared, the side effects of the quake are still turning up and the reach of the disaster is still a bit of a mystery. Many people were concerned about how the quake would affect the seafood in and around Japan, but bluefin tuna have proved that the Japan is not the only place with tainted fish.

A study published yesterday in Proceedings of the National Academy of Sciences, found that bluefin tuna tested nearly a year ago had 10 times higher levels of radioactive materials than fish tested before the quake. This isn’t all that surprising except that these fish were caught near San Diego.

The concentration of the radioactive cesium, should decrease, they say, as it disperses in the ocean. However cesium has biomagnification characteristics, which means the concentration actually increases when one fish consumes another fish. In this case, only time will tell if the levels drop.

Bluefin tuna is one of the most prized types of seafood for sushi and sashimi. The study could impact the restaurant industry and fish suppliers if the public becomes concerned about the issue. The study notes that the contamination levels are not a danger to public health but we’ll let you be the judge of that.

Another test is set to be conducted in the near future to see what the levels are a year later and other groups plan to closely monitor the issue. There is a potential for the levels to increase more than expected if fish consume many of the smaller fish, which had much higher levels of cesium than larger fish.

Whether you think it’s safe or not, we recommend sticking to tuna-free sushi from here on out. No sushi roll is worth that third eye you might grow. On the other hand, radioactive sushi just might unleash your inner superhero powers. Eat at your own risk.