California-based Gill’s Onions, is voluntarily recalling more than a ton of packaged, chopped red onions due to possible listeria contamination. No illnesses have been reported as of yet. 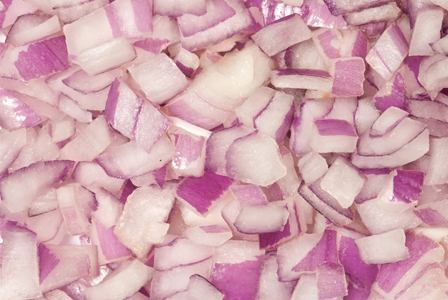 The products in question were sold in 7 ounce clear plastic clamshell containers, have a lot code of 51RDA1A2119 and use-by-dates of May 14, 15 and 17, 2012 according to the FDA press release. The products were distributed to retailers and food service distributors in Canada and 14 states, including California, Oregon, Washington, Arizona, Idaho, Texas, Illinois, Michigan, Arkansas, Ohio, Tennessee, New Jersey, Georgia and Florida.

The recall was initiated after a routine and random test done by the Canadian Food Inspection Agency. Gill’s Onions has notified all customers who received the product directly from the company and is urging all distributors to notify their customers as well.

Listeria can cause fatal infections in infants, elderly people and those with a compromised immune system. Common symptoms include high fever, severe headache, stiffness, nausea, abdominal pain and diarrhea.

For photos of the specific products and updated information, visit Gill’s Onion’s website.

Aldi Is Selling Two New Sandwich-Inspired Dips, & Commenters Have Excellent Ideas About How To Use Them