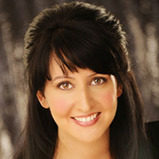 Buying whole fish from a reputable monger and cutting it into fillets yourself can save you money on big ticket fish. And because the anatomy of a round fish is the same, no matter the size, once you’ve mastered one fish, you can fillet any variety.

Select a round fish that has bright eyes, firm flesh and smells fresh. Ask your fish monger to “dress” the fish, which means they will gut, scale and remove the fins. They may also remove the gills upon request. 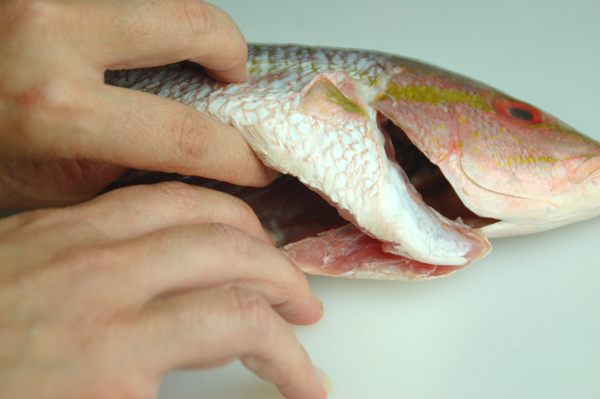 Place the fish on a large, clean cutting board and wipe with a paper towel to remove any moisture. 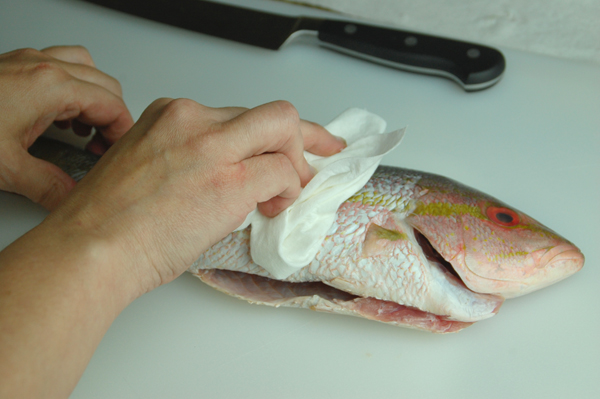 Using a sharp fillet knife, make an incision behind the head and gill plate and behind the fin. 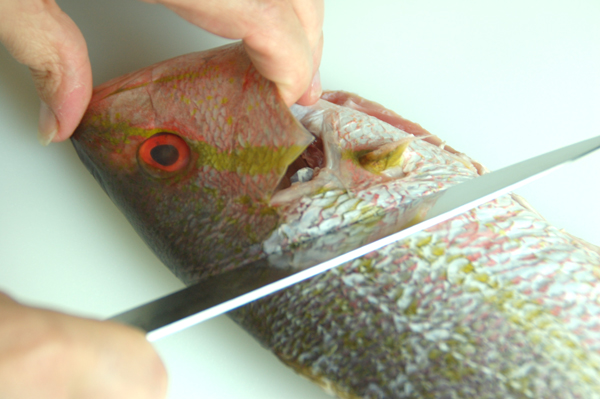 With the knife tip still in the fish, turn the knife so the blade is now facing the tail. Using even, short strokes with the tip of the knife, cut along the top of the fish, allowing your knife to rest on the bones and top fin. As you get closer to the tail, allow the knife to cut straight through, as seen in the photo. 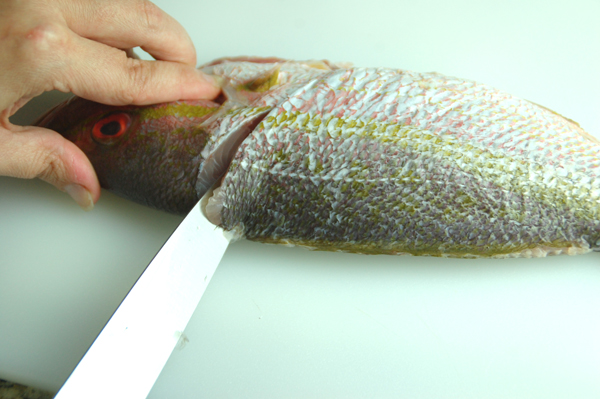 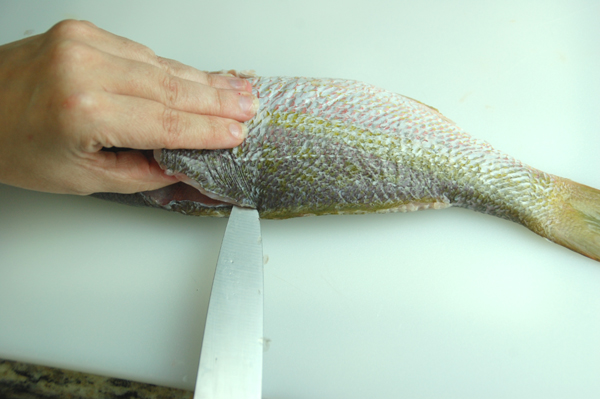 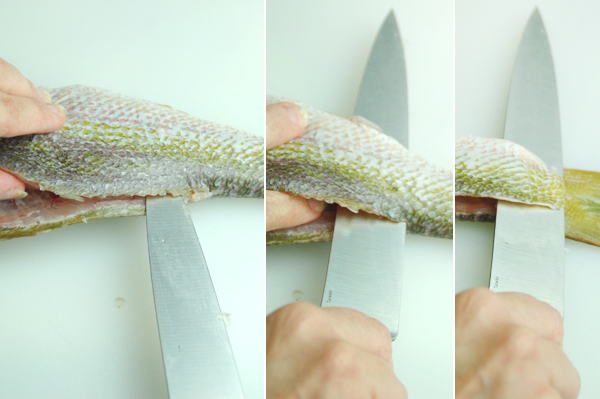 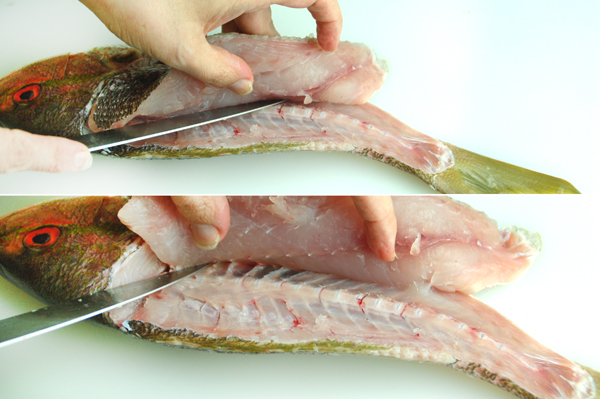 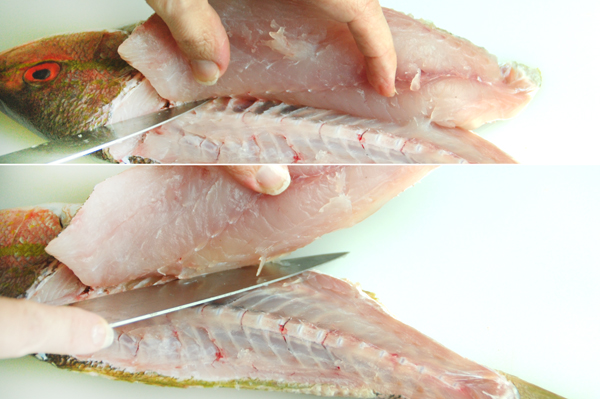 Flip the fish over and repeat on the other side. Fillets can then be cooked immediately, refrigerated for up to one day or frozen up to two weeks.