Foie gras will no longer be part of the western gold coast dining experience as of July. But before the ban goes into effect, a few restaurants are pulling out all the foie gras stops. 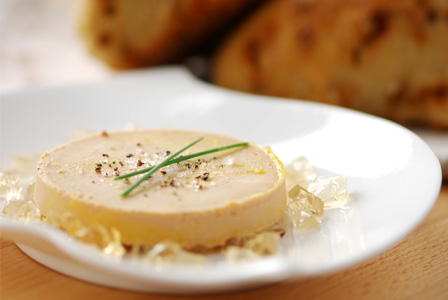 As of July 1, 2012, foie gras, that tasty, expensive delicacy of goose and duck liver, will no longer be available in restaurants up and down the California coast.

The ban all started eight years ago when then Gov. Arnold Schwarzenegger signed bill 1520 into law. The law prohibits the “force feeding of a bird for the purpose of enlarging the bird’s liver beyond normal size” as well as the sale of products that are the direct result of this process. While most of the California restaurant industry is not excited about this new law, it is viewed by animal advocacy groups like the ASPCA (American Society for the Prevention of Cruelty to Animals) and PETA (People for the Ethical Treatment of Animals) as a huge victory for farmed animals.

A law of this magnitude can be quite polarizing. That polarization might have been the reason Schwarzenegger waited eight years for the law to go into effect, believing that the extra time would allow the California restaurant industry to find a more humane way to make the delicacy. But according to Guillermo Gonzalez of the Californian foie gras farm, Artisan Sonoma Foie Gras, “(we have) been committed to the highest standards of animal welfare, utilizing humane techniques in the raising and feeding of ducks. Our ducks are never individually caged and roam free range for most of their lives. We do not believe that foie gras farming, when done correctly, is harmful or hurtful to a duck.”

Not only do biologists and scientists agree with Gonzalez, so do chef Michael Shafer, from The Depot in Torrance, California, and restaurant owner Ryan Maxey of Txoko in San Francisco, both of whom have been to the farms and seen no such torture. Shafer believes that if you’re going to film the worst of any industry you’ll “always find problems and people to blame. But just like meat, pork, chicken and fish, there are those that practice good and those that practice bad.”

Not as bad as it looks

Maxey agrees, stating that the foie gras farms, like Artisan, are producing the protein in the best way they know how. There’s plenty of casualty in the farm industry and these specific farms have “way below” the farm casualty. Animal advocacy groups are “showing video footage on YouTube of how awful the conditions are. But growing up in North Carolina and (seeing how bad those conditions really could be) I look at the conditions at (Artisan) and say those are great conditions.”

“Listen,” says Shafer, “If God didn’t want us to eat cows and chickens and pigs, he wouldn’t have made them taste so good and would’ve made them faster. I’m serious. You don’t see anyone eating cheetah, do you?” 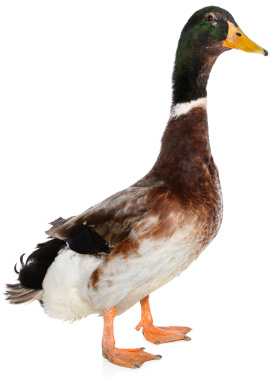 Shafer and Maxey are not alone in their beliefs. More than 100 chefs not only agree with them, they have bonded together to form the Coalition for Humane and Ethical Farming Standards. While the group “opposes the ban of foie gras, [they do] support a broader standard for ethical treatment of animals and humane farming practices.” Some of the chefs included in this coalition are Gary Danko, Tyler Florence, Michael Chiarello and Thomas Keller of The French Laundry.

Maxey joined the coalition when they went to Sacramento at the beginning of May to appeal to the powers that be to repeal the ban. While the legislative leaders would not overturn the ban, Nate Ballard, a spokesman for the coalition acknowledged that “even if the ban goes into effect, we will keep moving forward.”

And moving forward means finding alternatives that will satisfy everyone from the farmer to the consumer. Shafer freely admits that we all “have to find alternative ways to eat.” The animal advocacy groups think there’s something wrong with farm-raised proteins, but “there’s nothing wrong with farm-raised salmon (for example). It’s affordable. Not everyone is going to pay the higher cost for line-caught salmon.”

What the ban means for the farms

It’s these farms, like Hudson Valley Foie Gras in New York and especially Artisan, that Maxey believes will really be affected by the ban. Unlike the city of Chicago, which banned only the sale of the delicacy in 2006 (and then repealed the ban in 2008), California is banning the sale and its production. So, not only will no California restaurant be able to sell foie gras, the farms will no longer be able to produce it.

While the New York farms will likely lose a large amount of their revenue,  Gonzalez states that Artisan will be forced to close down “a successful family business that for over 25 years has provided the highest quality duck products with utmost respect to animal husbandry practices, created employment, paid taxes and contributed to excellence in the culinary world of California and across the nation.” But what Gonzalez is most upset about “is that a powerful special interest group with an anti-meat agenda was able to impose its morals on us all.”

While this is a huge blow to the California restaurant industry, there is still time to make your voice heard whether you’re for or against the ban. You can make a donation to C.H.E.F.S. or if you’d rather just enjoy the delicacy one last time (or for the first time), there are still a few restaurants selling the duck and goose liver as either part of their regular menu or devoting an entire prix fixe menu to it. Two such restaurants are Txoko, who is offering a four-course foie gras meal every Wednesday night for $55 and Santa Monica’s Mélisse, which is doing an eight-course version called Foie for All every night of the week for $185.