You know eating whole grains, grass-fed beef and organic peppers is good for you; no need to reiterate that. But how about beets, kale, kiwifruit and quinoa? These superfoods, among others, are very trendy and popular in the foodie world. But they aren’t making the Average Joe’s grocery cart. Learn what important vitamins and minerals you’re missing from the healthy foods you should be eating but probably aren’t!

Some of these foods we know you’ve heard of, like kiwi and beets, but probably avoid because they aren’t common ingredients in recipes, cost a little more than other fruits, vegetables, grains or spices and may just be plain weird, whether that’s texturally or taste-wise. However, you’re really missing out on some seriously healthy foods chock full of hard-to-find vitamins and minerals. Trust us (and the experts who have studied this) when we say this: These are foods you should be eating, so start munching!

This grain is super trendy in the food world and is popping up all over the place, from restaurants to bakeries to food blogs. However, for average people, just the sound of this superfood can be a little scary. I mean, it’s hard enough to pronounce! Don’t let this scare you away, though, quinoa is worth the hype. Each serving is loaded with fiber and protein, which work to keep you fuller longer and can help with weight loss and weight maintenance. In addition, it takes less than 20 minutes to prepare.

Try this delicious quinoa salad with radishes and feta for a perfectly healthy side dish! 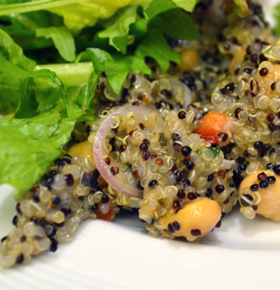 If you’ve never heard of curcumin, don’t worry, you aren’t alone. It is the active ingredient in turmeric and is full of cancer- fighting and anti-inflammatory antioxidants. This compound is typically found in South Asian and Middle Eastern fare. Plus, studies have found that curcumin can decrease joint pain and even reduce tumor growth. If you have turmeric or curry powder on hand, you have curcumin. Add it to stir fry, sauces or eggs.

Try this turmeric rice recipe to get all the benefits of this super food.

Kiwifruit is sadly one of the most ignored fruits. Think of it as one of those toys on misfit island. Many people shy away from kiwi because of its tart flavor and furry exterior. Don’t let the furry peel drive you away, though, because this fruit is full of antioxidants! One kiwi has 100 percent of your daily recommended vitamin C, which is more than an orange. And that’s not all — it can also promote eye health. Take that, carrot!

For a unique and delicious recipe utilizing this fruit, try this kiwi shortcake! 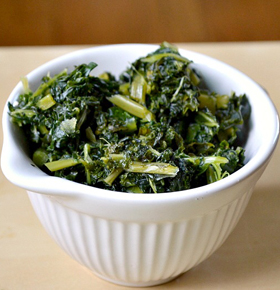 Kale is one of my favorite ingredients to use because it’s so healthy and has almost no flavor, so you can pretty much add it to anything for a health boost without any weird flavors. In addition, kale is chock-full of vitamin A, which can help promote eye growth and strengthen the immune system. And that’s not all, folks! One serving of kale also has a ton of fiber and almost as much vitamin C as an orange.

Give kale a try with this hearty sausage and potato soup!

Pumpkins aren’t just for autumn decor or jack-o’- lantern carving anymore. Show this giant fruit some love the rest of the year, too. Trust me, it’s worth it. Although the pumpkin is great for you, it’s what’s inside that can be a major health benefit! Pumpkin seeds are loaded with magnesium, which has been found to reduce early death. Plus, pumpkin seeds have other antioxidants that help with skin and eye care.

Give this gourmet pumpkin seed recipe a try; it blows regular ol’ roasting out of the water!

If you’ve never heard of Swiss chard, I don’t blame you, since it’s not highly recognized. This leafy vegetable is often hidden behind lettuce and cabbage and is a little harder to track down. Swiss chard is worth the struggle though. It’s packed with carotenoids that can help with aging eyes! In addition, it’s also full of vitamins C, D, E and K, plus it has tons of fiber and protein.

If you’ve never used it, try this gluten-free mushroom and swiss chard popover. It’s easy to make and delicious too!

Beets are one of those weird ingredients many people don’t try because of the look and texture, especially if purchased in canned form. Although canned beets are great, give the raw version a try. Roast them, slice and serve in salads or pickle yourself. Beets are a very rich source of folate and are great cancer fighters, too.

Try this fresh summer salad with beets and chickpeas to ease yourself into them! 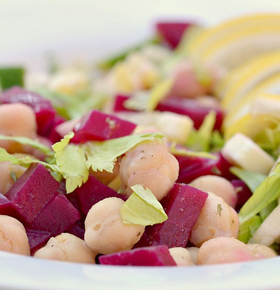 I don’t blame you for steering clear of sardines; they are definitely not very appealing, both visually and texturally. But with food, I’ve learned you can’t judge a book by its cover, even when the cover is slimy and fishy. Sardines are one of the best sources of heart-healthy omega-3 fats and contain almost no mercury. Plus, these little fishies are loaded with vitamin D, so you don’t have to spend as much time roasting in the sun.

To ease yourself into using them, try this sardine pizza recipe from Food 52! The pizza flavor and toppings hide the weird texture of the sardines.

I know what you’re thinking: What the heck is kimchee? Simply put, it’s a popular part of Korean cuisine that’s made up of fermented cabbage and vegetables. It may not sound appetizing, but don’t let that deter you. Kimchee, and other fermented foods, are great for your gastrointestinal tract because they offer their own healthy probiotics, or healthy bacterias. These have been shown to fight inflammation, reduce gas and diminish the risk of a yeast infection.

It’s not hard to make kimchee. In fact, try out our very own recipe for kimchee made with napa cabbage. 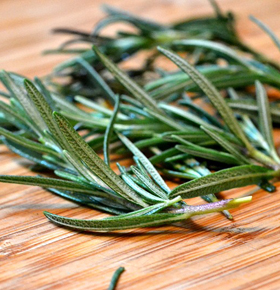 It’s ashame this herb isn’t given the attention or accolades it deserves, since it’s FULL of disease-fighting antioxidants! Plus, rosemary is known to reduce sodium consumption, which leads to less bloating and water weight gain! And, a study done by the Journal of Food Science, as reported in the Huffington Post, found that when rosemary was rubbed on raw meat prior to grilling, it dramatically decreased the levels of Heterocyclic amines, which have been linked to severe forms of cancer.

At your next barbecue, give these rosemary and lamb sliders a chance!