It has been six years since the U.S. has had to worry about mad cow disease. With the recent confirmed case of the disease in a California bovine, the public is worried about food safety. Is there reason for concern? 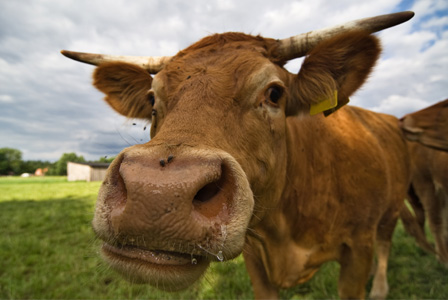 Since 2006, the U.S. has had no positive tests for mad cow disease or bovine spongiform encephalopathy (BSE). This new case, found in California’s Central Valley, marks only the fourth occurrence ever in the U.S., out of 40,000 tests each year. The infected cow, however, never entered the human food chain, meaning that there is no risk to beef and/or dairy products, nor is there a risk for other countries who import U.S. beef.

No risk to humans

In an effort to quell the rising public concern, the USDA has issued a statement regarding the recent case of mad cow disease. In part, Tom Vilsack, U.S. Agriculture Secretary, said, “The beef and dairy in the American food supply is safe and USDA remains confident in the health of U.S. cattle… USDA has no reason to believe that any other U.S. animals are currently affected, but we will remain vigilant and committed to the safeguards in place.”

To further ease our minds, John Clifford, the U.S. Department of Agriculture’s chief veterinarian, said that this particular cow died of an atypical form of mad cow disease which was caused by a random mutation and not from contaminated feed, meaning that it was a chance occurrence.

Learn more about the benefits of grass-fed beef >>

There was a time when mad cow disease was rampant, but in recent years, the numbers have dropped drastically. In 2011, only 29 cases were reported worldwide, compared to over 37,000 cases in 1992. Cattle ranchers are actually touting this recent discovery as proof that the system is working as it should.

Still in the mood for beef? Cook the perfect tenderloin >>