When you think of Bisquick, pancakes or biscuits usually come to mind, but it also makes a delicious pie crust. Add some ground sausage and vegetables and you have a pie no one will be able to do without. 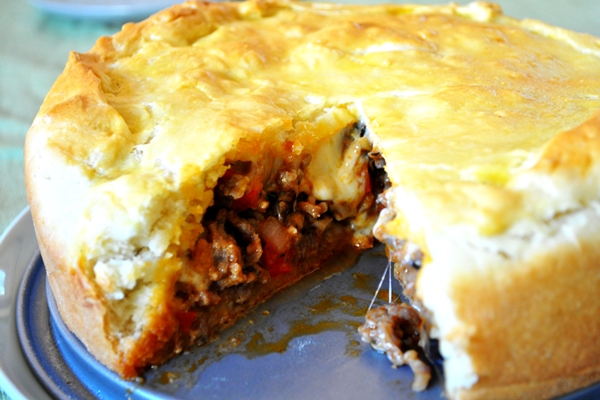 Sausage and peppers are a delicious, easy dinner any night of the week. But there’s no rule that says you have to stick with sausage links and sliced peppers over rice. There are numerous ways to enjoy these two foods, one of which includes chopping them up and enveloping them in a flaky crust. While this pie does take some effort, you can make it easier on yourself by buying a biscuit mix like Bisquick and ground sausage. The end result is well worth the effort and something the whole family will love.