Chicken over spaghetti is a very common dinner choice, but combining them in a casserole makes for a new and interesting twist that will bring smiles to even the pickiest mouths. 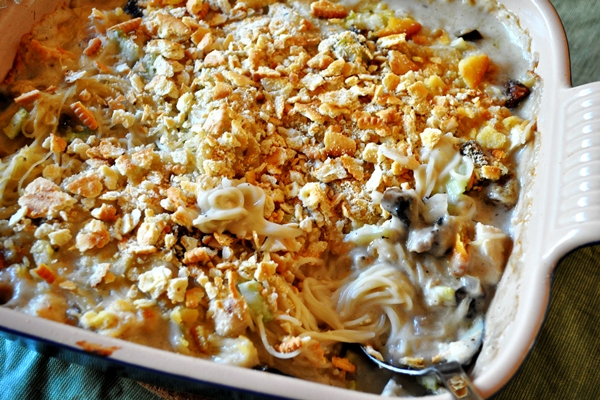 Spaghetti is one of my favorite pasta choices, mainly because it’s easy and always a hit with my picky son. But spaghetti with tomato sauce and possibly meatballs can get boring, so I’m always on the lookout for new ways to make the pasta dish, like this Greek chicken spaghetti or spaghetti pepperoni pie. I’d never considered a spaghetti casserole though until Taste of Home suggested it. But the idea of mixing all those noodles with a creamy sauce, some vegetables and chicken made my mouth water. Then watching my son lap up every last bite on his plate made me smile even more. And considering how easy it was to make, I’m going to start coming up with as many spaghetti casseroles as I can.