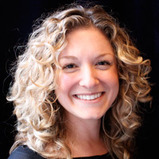 Joining a CSA is one of the easiest ways to obtain fresh, local and in-season produce. But what exactly are CSAs and what are the benefits of joining one? Also, learn how to choose a CSA that is right for you.

Related story 5 Reasons you should switch to locally-produced foods 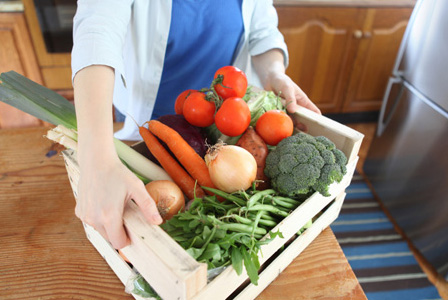 In recent years, Community Supported Agriculture has become an increasingly popular way for consumers to buy fresh, local and high-quality produce. How exactly does it all work though? Prior to the growing season, farmers determine a number of “shares” of their total yield they are able to sell to the community. During the growing and harvest season, they distribute a portion of their produce and goods to every share owner. 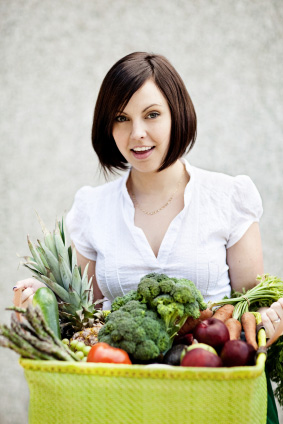 CSA members pay upfront for the season’s worth of fresh produce and shares are usually delivered once a week. The deliveries are either made to the share owner’s home, or more typically are brought to a predetermined drop-off location (many times a church, a store or community hall). The deliveries consist of whatever was harvested on the farm that week. Typically, shares include fresh vegetables and fruit, but can also include homemade breads, cheeses, flowers and meat.

Usually farmers can give their share owners a pretty good idea of what they can expect throughout the growing season, but their members also share the risk and reward of a particularly bountiful or lacking growing season. If they have a good season for heirloom tomatoes, for example, share owners will reap the benefits and receive more juicy tomatoes than a Caprese salad can handle, but if the season for tomatoes isn’t great, their members may only receive a handful.

Being a CSA member also relieves a little of the burden that small family-run farms carry. When small farms know ahead of time that they have sold a certain percentage of their produce, they can focus on tending to the many other tasks that will dominate their days during the growing season. They also don’t have to worry as much about being seriously hurt should some unforeseen circumstances decimate part of their crop. As a CSA member, you share in some of that risk. But contrary to the stock market or gambling, the risk usually results in a bountiful and delicious reward.

Why should I join one?

Farmers usually harvest their produce the day before, or even the morning of, the deliveries. Picking up your weekly produce from a CSA is, outside of growing the food yourself, one of the absolute best ways to eat the freshest produce possible. And not only does fresh produce taste better, but freshness also correlates with the nutritional content. The longer a plant waits in a queue between the time it is harvested and when it reaches your dinner plant, the more nutrients it loses.

Know where your food comes from

Gaining an understanding and connection to the place and the people that are behind our food is key when making responsible food choices. Getting to know an individual farmer allows you the opportunity to find out how they grow the plants, what kinds of sprays and pesticides they use and how they treat the soil and the land. When we make that personal connection, food becomes so much more than just fuel; it becomes a real living, growing thing that has a story and connection to our community and those who are working to better it.

Eat with the seasons

Asparagus never tastes better than when it is consumed just after harvest in the spring months. Imported strawberries cannot hold a candle to aromatic sweetness of the fresh, local summer strawberries. Once you start eating locally and with the seasons, it’s hard to go back to tomatoes in the winter or hardy squash in the summer. Not having everything available at all times throughout the year may seem tough at first, but the anticipation, and subsequent reward of eating the most delicious version of that particular item make it exciting and worth the wait.

Part of the challenge of finding the time to cook every night lies in the chore of food shopping. Meal planning and preparation can often seem daunting and make the option of take-out or dining out really enticing. However, if you join a CSA, you will have a refrigerator full of fresh produce. No one feels good about wasting food, and I’ve found that if you have it, you’ll find ways to use it.

Many people say that the CSAs have actually made them better and more resourceful cooks. “I used to resort to delivery most nights of the week. Now that I have the CSA share, I come home and figure out what to make with the fresh produce I have in the refrigerator. I’ve experimented with ingredients that I probably would never have picked out at a grocery store,” explained Angela Evans, who has been purchasing a NYC-based CSA share for the past four years. “The other night I made a pasta dish with fava beans from my CSA. I would never have bought fava beans at the grocery store but I was shocked how much I loved them!”.

How to choose a CSA

Research farms that offer CSAs in your area. The best way to start is by visiting the website Local Harvest. They have a tremendously helpful tool that lets you search for CSAs in your area. It also gives you information on the individual farms, where the drop-off location is, their season, cost and what they specialize in.

Paying for a season’s worth of produce in one upfront lump sum can seem daunting, but keep in mind that you’ll have to buy very little produce throughout the growing season. Caitlin Lauren, a Philadelphia CSA supporter, says that joining a CSA actually helped her cut back on food expenditures. “I obviously spend very little on extra fruit and veggies during the CSA season, which is no big surprise. What did surprise me though is that I actually spent less on other groceries as well. We have so much fresh produce in the house at all times that I find we snack on fresh fruits and veggies.” Caitlin continues to explain that the CSA also helped eliminate other pricey items, like meat and seafood, from her shopping bills. “Many of our meals are now vegetarian, so even when factoring in what seemed like an expensive CSA share purchase, at the end of the season I realized that I saved money on my total grocery bills!”

More on local and seasonal eating